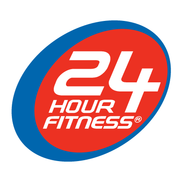 I recently moved to Sacramento, CA. I workout regularly. I researched gyms in the area to join based on Bodypump workout. My girlfriend already lives in Sacramento and we will be joining a gym together so we can workout together.

We went to the downtown facility close to where she lives to look around. The girl that greeted us was very high pressure sales, but I understand that is her job so we let her run through "the questions" which we answered: What type of services are you looking for, do you workout now, what do you think of the club, when do you expect to join...all similar to the questions a person would get with a time-share sales pitch. When me or my girlfriend asked questions, the salesperson was not able to answer questions such as what kind of yoga do you have, what kind of dance, and details about the actual classes. She said she was going to give us a 3-day pass which was later emailed to us. She never told us we had to use them consecutively, and it starts now. This we found out on our next trip to the facility in Folsom which is closer to my house.

When we walked into the Folsom facility, we were greeted as in the downtown facility. We were asked to sign in to the kiosks, we were told our passes expired. We never used them, we were not told they started right when she issued them and expired in 3 days from that second, and we were not told they needed to be used consecutively. After she shamed us and told us they we could not use them, she said we could go ahead and take the class since we were already there for it. Gee thanks! Letting me take a class so I could pay $550/year to join. Thank you for the favor. I agreed since we were there, we intended to join, not because of the salesperson, but because we were going to join a gym that offered Bodypump, yoga, etc. She started immediately with the hard sales tactics, etc. But again we let her do her job. It is an incredible turn off I have to say and I believe it does deter people from visiting a gym to look around.

We asked for the tour, and were asked the same questions over and over again...what services do you want etc. we answered the questions again and again, almost like she never listened to our answers because it is not what she wanted to hear. We had to surrender our licenses so that we would have to go talk to her when we were done for more hard sales pitches.

The class did not start for another hour, so we went to the cafe two doors down. We returned 10 minutes prior to the class starting so we could set up for the class. As soon as we walked in, we were told to sign in to the kiosk, although the first time we signed in it stated the passes had expired. We signed in, and again the kiosk said the passes had expired. Then the general manager, Chris, started in on us with the same thing we were told by the first salesgirl. The passes had expired, but we are allowed to take the class. Then he asked when are we going to join. I was done, I said enough of the hard sales techniques. He said, "I sense some hostility." That statement is patronizing. I was stating that I was done with the sales talk, I just wanted to check out the facility, take a class to see if it meets MY standards. I am the customer. I did not feel like that. We did not feel like that. We felt we were looked down upon, as if we were trying to steal a class. Chris then stated you do not even live here, you are from out of town. I said that is not true, now I have to defend myself? He said that is what the notes say. He said that the kiosk said the passes expired and was just trying to help. That was a lie, because how did he get a chance to look at the "notes" on us in the computer that stated we were from out of town, and who wrote that? And we have notes? The licenses state California. He said that some people come from out of town and try to workout for free. How is that my problem, and why should it affect me and my experience, and my needs to freely visit a gym to see if it meets my requirements? I am the one doing the interview here, yet I felt as if I was being judged, and shamed.

After my experiences with 24-hour Fitness, I can say it does not meet MY standards. We will not be joining 24-hour fitness. Funny thing is we were going to join on our own UNTIL we had this experience, I doubt we are only ones.