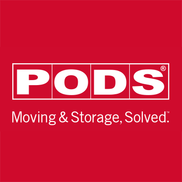 PODS is way too expensive and I won't use them again.

If you have temporary storage needs do not call PODS unless you want to spend a small fortune. They gouge you with delivery fees, non-asphalt surface fees, monthly fees and finally pick up fees. They charge you an extra fee at every possible change they get.

If you need storage do yourself a favor and go to BJs, SAMS, Costco or one of the big box stores and buy a 10x20 "garage in a box" for around $300. These are fairly easy to set up (you can do it alone in a couple hours) and they're very sturdy.

With the "garage in a box" you can store your stuff for as long as you want without having PODS sucking your checking account dry every month.
When you're done with the shelter, throw it away or give it away. You'll have saved yourself $100's or $1000's when it's all said and done.

NOW>>> IF YOU NEED TO MOVE... don't hire a POD! Google this too... they are very rough with the pods and will not honor insurance claims without a long drawn out fight.

Instead, go to www.uship.com and get bids on your move. You'll save yourself $1000's here too.

PODS and Carrie Ayers (from their collections dept) suck.

The complaint has been investigated and
resolved to the customer's satisfaction
Resolved PODS - Portable On Demand Storage — &on demand& if you want to pay $1,100 for 200 miles!!!

I was laid off and with the economy being what it is I applied for jobs in my hometown of Indianapolis as well as my current city of Chicago. When nothing seemed to be happening I decided to take off to stay with a friend in Ireland for a few weeks until something came up. PODS seemed like the perfect solution because I was not sure where I would end up. I put everything I owned aside from what I could fit in a suitcase into a 8*8*7 container.

Now, when I called to order the POD they were most helpful and I thought was just so convienent and perfect for my situation. I explained my situation and said "Now, if I move to Indianapolis you can move it there right?" he said "Absolutely, it would just cost more due to milage." which I expected... just like a moving van right? I ordered the POD a few days before they delivered it and they were able to pick it up and deliver it in a timely and efficient manner without a lot of notice. The cost for them to deliver and pick up was very reasonable and the rent was just slightly what it would be at other rental faciliies, which I assumed was due to the ease of PODS use.

So they picked it up and put it in storage at their facility in Carol Stream, IL right outside Chicago.

Three weeks later I started a job I landed in Indianapolis. As soon as I was able (I had been staying with family) I found an apartment and promptly called them to deliver my POD.

They told me that they, the people who say right on their website "We move it across town or across the country." were a different franchise in Carol Stream then in Indianapolis (which is only approximately 200 miles apart) and they would have to go through a third party to move it. This would cost me $1, 100. $1, 100 to move 200 miles!!?!?!? A third party? To move a POD that they themselves advertise THEY can move across the COUNTRY?

Naturally, I was a bit taken aback as I had expected to pay MAYBE half of that.

NOT TO MENTION that they said they need like 14 days notice PLUS 5 days for delivery. Which is ironic considering it took them about 2 days to get me an empty POD and now that my stuff was in one and I was paying RENT for them to hold it...suddenly they needed all this time?!?!?

After I spoke with the first person who quoted me I was in shock and told them I'd have to figure out another plan. I then thought it over and called them back to tell them how unhappy I was about it. They transfered me to "Platnum Services" which was a joke and got me no where. THEN they actually had a person CALL ME later that day to ask how my experience with PODS was. I explained everything I was unhappy about and they said "I will forward this on to Platnum Services and we will review the inital phone call to see if you were perhaps mislead and someone will call you back today."

No one has called and it's been 5 days.

My stuff is in their POD and I have yet to figure out how I'm going to have time (after starting a new job) to go get it when it was something I never planned to have to do.

I am VERY unhappy and feel that I was completely blindsided. I feel that they are completely misleading on their website and with the whole operation. People need to be made aware of this..it is a complete rip-off!

I used three 16 foot pods to move from ny to co. The people in customer service were nice on the phone...

DO NOT, UNDER ANY CIRCUMSTANCES, USE THIS COMPANY|!! The nightmare started for us at the beginning and we...

In Jan. 08 while delivering PODS units to my new home, the delivery truck broke through my septic tank lid...