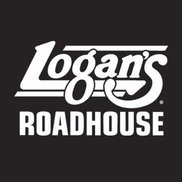 good way to lose a lot of business!

My office that I work for (Dr's Ofc) went to Logans for a farewell lunch for one of my co-workers. We had placed our order at which time our drinks were brought to us and then we waited.

Then salads were brought to those who ordered them. We the proceeded to sit in the restaurant for a total of 45 minutes waiting for our food at which time the Doctor informed the waitress that we could not wait any longer that they need to bag our food to go. They brought the bags to us and we paid for our bill. When we got to our office and began to give out the food we found out that 3 peoples food were missing. The Doctor called to the restaurant to complain and the assistant manager stated that she could not give back our money today that the General Manager would have to do that tomorrow. our office has done business with this restaurant on many occasions with the drud rep's who come to our office and brings food. I believe this is a very poor way to conduct business with any one who visits their restaurant on a regular basis. This is a good way to lose a lot of business.