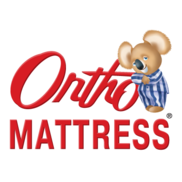 I applied for Sales Manager position in Santa Monica at the beginning of 2015. After submitting my resume a recruiter called to set up a phone interview. The next step was to meet with Regional Manager for my area. I sat through the interview which was about 10 minutes total and was interrupted several times. I realized that the job at hand was really for an entry sales associate position paying no more than $14 hourly.

They lie to you and claim you can make $25-$120K. It’s a SCAM, truth is that no one makes that kind of money there. The most I made while there was about $33k and I was scraping by in life. No negotiation, you are told what the hourly and commission % is upfront no matter how well you perform during probationary months. You can only qualify for a Sales Manager position after hitting impossible sales goals (6 to 12 mo) as a sales associate first. Don’t bother applying if you don’t have a car. On float days you never know what store you will end up at.

Ortho operates a micro staff therefore you can expect to be overworked for 10 hour days, low pay, extremely long hours, higher than average mattress prices, incredibly low customer traffic unless, poor work environment and a tiny pay check with no room for growth. You will be asked to work weekends and holidays without overpay. Commissions are impossible to track and always seem like less then what I had expected. The company changed the commission structure while I was only 2 months into my job.

I am extremely surprised Ortho has not been taken to court already for multiple labor code violations. I’ve worked with Henry, Larry, Danny and Alex who were all nice guys however lacked the skills and maturity to make it a worthwhile environment. Managers were often absent where you could find them smoking weed in the parking lot or talking on their phone.

Overall management were under qualified for the position title, unprofessional at times, poor communicators, lazy structure, bad company culture and abuse of power (Henry-Son of Owner.) I was often uncomfortable while witnessing SM Store managers (14/15) flirt relentlessly with the few attractive female co-workers the company had. I was privy to MANY inappropriate conversations and comments made to my co-worker (Kat) and also her disappearing acts with mgrs. for lunch while I babysat the store. It’s no surprise that she does not work for the company anymore. I watched the VP of Sales/SM Mgr (Danny ) hit on trainees and customers while working with him. He was a fun guy to work with. He told me one time that he slept with a married customer multiple times after selling her a mattress as encouragement for me to flirt with female customers for better sales (even though I have a girlfriend.) They have had sexual harassment law suits and begging for another! Slimy work ethics to say the least. The best people you could hope to work with if you get a job at Ortho are Henry or Alex. I highly doubt that any of the mentioned employees still work for Ortho with the exception of Henry.

There is LOTS of down time. The traffic varies and most of the time you are doing nothing. My biggest responsibility was opening the door in the morning. I have photos of a co-worker who actually fell asleep at his desk around 2pm, it’s that boring. I was eventually transferred from the SM store because I did not reach my sales goals. They moved me to a farther out store from where I lived knowing I did not have a car. I eventually quit. This is what you get when you work at Ortho. I will agree with EVERY negative review on this company. Ortho rips off customers and employees as well, I’d never work for their company again.