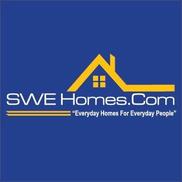 I have been working with an attorney trying to get possession of my parents home for years. My sister and I got outside financing and SWE Scott Wizig would not excepted it because he double the price and and wanted us to in house fiance with his outrageous fees. The house can not pass inspection or be appraise at what he trying to sell it to me for. The previous company that bought the home in a tax auction had a contract ready for me to purchase the house. SWE will not honor it even though we have it in writing and he bought the company from them. This company is a rip off and they do not try to help other. This guy has gotten rich and gotten away with it.

SWE Homes, in no exaggeration, is ruining my life and entire future, period. I should be happy and fine right now, my mortgage paid off and in the cute, little home nearby, I had found to buy, that was such a great, affordable deal...I was just so excited. Things after my very upsetting divorce and other really difficult hardships over the past two years, were finally coming around and I was happy. And excited for the future...but instead, despite the fact that I had / have a signed contract for a deal with a buyer, patiently waiting through all of SWE's BS, that they stall you with, when you try to escape their predatory foreclosure traps, they set immediately after buying your loan for probably pennies on the dollar, plus a handful of backup buyers, all checking in regularly, just in case there is a chance, they could buy my little beach house...instead of allowing that to happen and letting me live my little life, they are foreclosing me instead...lied to me the whole time, right up until the hearing date, I had no idea about, they had set to be the first step of totally destroying me, while telling me everything was fine and they didn't know why I hadn't got that pay out amount yet...they will sure check though and expedite that for me, sure, no problem!...right.

So, simply paying them what I "owe" them, which includes the already, grossly inflated, most recent total, I was lucky enough to finally know a few months ago ($40, 000 of fees added within a two month time period...$40, 000...that would put most people upside down right there), but instead of just paying it and moving on, had they ever given me my final payoff sheet, I kept requesting, so I could...pay it...it would have been a big blow to the bank account from what I have earned, deserve and what was expected, since it is mine, well until they decided to steal it, but I would have, at least, survived and been able to move on and have some sort of good life still, but no. They will not be satisfied until I am homeless and penniless, literally and they have ripped to shreds, any chance for the life, I worked so long and so hard for, entirely, left instead, with absolutely nothing and soon, nowhere to even go, or put my things and dogs or sleep...which is apparently, their goal and what they get rewarded for, especially if they can do it in record time! Super kudos for that one...they didn't stand a chance, line 'em up and knock 'em down, alright! Way to go! ...is how their "sales" meetings must go, beyond sleaze.

Basically, this entire company, every single one of them that I dealt with, except for Jose, in foreclosures, ironically, are cold blooded, ruthless, just evil, phony, greedy, dishonest people, who do not care about you or your family or what is right or wrong or even true or lies. I have left out some other truly, unbelievable things they did, since this is quickly getting very longwinded, apologies, but beware...I cannot warn you enough and I have never written a negative comment about any company before in my life, but these people...they are your worst nightmare and will shatter all your hopes and dreams, gladly and before you even know what hit you and they use the legal system and the courts to do it, the very people who are supposed to be there to protect you. It is disgusting.

They are unfriendly and don't send statements

I signed the contract with SWE Homes. This company didn’t send monthly statements and I was shocked when I asked about these statements, the agent simply placed me on hold. They are unfriendly and don’t want to solve problems. I called them every day within the week, but it was impossible to reach these guys. I am so upset about this situation and want terminate the contract.

SWE Homes
0
%
Doing nothing would be this company's favorite pastime, if they had the energy for it.