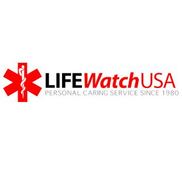 I have 100% covered insurance. My doctor a cardiologist sent me a Lifewatch holter monitor in the mail and I...

My Mom, Shirley Hoeh ordered this service. I am unable access her account beyond the end of March and can see this service was billed for month as far back as March. My Mom passed 7/4/18 and my brother and I have taken over POA for my Dad who is severely debilitated and currently in a LTC facility. My Mom's cognitive status was impaired; she was developing paranoia and confusion. MedGuard Alert was the first of three emergency services she ordered. It was never hooked up as far as we can determine because I believe she didn't understand how to. We can only find the pendent this company stated they sent but not the base. I called the company 7/16/18, explained my Mom had passed and I could not even find the equipment. I asked the company to discontinue charging her account. They stated they could not because she was locked into a 2 year contract. I again explained that the service was no longer needed for my parents because my Mom died and Dad was in a LTC facility and again asked for the service to be discontinued. They again stated no and they asked that the equipment be returned as they could use if for another customer. I again explained I had doubts if the service was even hooked up or used as I could not find the equipment of even a box it was shipped in (my Mom kept every and all boxes, I found the boxes and equipment for the other two alert systems she ordered). I told them I would continue to search for the equipment and again asked for the charges to be stopped. They again stated they could not stop charges and explained what the equipment looked like. I have since found only the pendent, not the base. I called again on 7/18/18, asking to be sent a web site to identify the equipment. They did email the site which seemed to have a virus. I also again asked for the charges to be stopped and they refused. 7/18/18 I went to the bank and ordered to have charges stopped for this company. It appears the company pushed yet another charge through before I could do so. My parents account is being charged two separate charges in the amount of 29.95, which comes out on the 13th of the month and 34.95 which comes out on the 18th-20th of the month for a service which has not ever been used. I have researched this company to find an address and am horrified to find it is not backed by the BBB and has many similar complaints posted about them. Today, 7/22/18, I am writting the company as I now have their address and asking in writting for a full refund of all charges made to my parents account. I have been put on alert by her bank to watch this account as they may try to push the charges through in a different manner. I have no client or account # as I can not find even all the equipment or paperwork or the said 2 year contract she supposedly signed. I am requested this company be ordered to repay all charges billed to her account and the account closed. Thank you for your time and assistance in this matter. If you have any questions or need further information, please e-mail me, my e-mail address is: [protected]@live.com. My name is Donna Winks and my home phone is [protected].

Resolved tried to sign up my medicated and out of it mother.

In mid. Dec 2008, I signed up my elderly mother for LifeWatch USA, after checking them out online and talking...

LifeWatch USA / MedGuard Alert
33
%
Not bad, but could've been way better. This company does respond, but not as often as you'd expect them to.