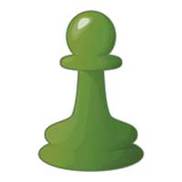 Hi, I was charged $99.00 to my debit card on 11/15/19 from Chess.com. I recall recently visiting this site for a few minutes but I did not purchase anything including a membership. I do see on ITunes that a paid subscription to this App is $1.99; which, I did not purchase. The last four digits of the card that charged me $99.00 is 4786. I need this to please be reversed immediately. My e-mail is [protected]@gmail.com and phone number is [protected]. When I went to your website to try to log in so I could look for your phone number and I clicked "forgot password", I was asked for my e-mail and when I entered it the e-mail was not recognized; this further confirms that I did not register for a subscription and was charged in error. I am not sure how this happened or how Chess.com obtained my debit card information. Please correct this and contact me if you need anything from me in order to do this immediately. Thank you. Jeff Smith [protected].

Hello, while I was playing a game of chess, the time started flickering and the game crashed on me. Then it said I lost on time even though I was most certainly winning befeore that. I want my ELO points back!!! This happened to me the other day as well and it is really annoying. I thought this was the WIFI but my WIFI is perfect. I would really like it if you gave me something for my troubles as this game I lost was very difficult and I was eventually winning until the game crashed.

if morphy plaiyed on this site he would get- 3 mistakes 2 blunders - your opponent played well - try snooker!

No matter what I do, I can not seem to motivate Chess.com to DO SOMETHING about the SATURATION of their members who cheat. Many members' ELO scores bounce up and down wildly because one member cheated on, has their ranking bounce artificially, which means their next several games with non-cheaters also induce secondary fake waves in scores. Enough cheaters unstabalizes the accuracy of real playing ability in a very wide range of members. Chess.com refuses to see the big picture, looking only at individual games and players, ignoring the widespread destruction of accurate score keeping. Because you are matched up against others based on ELO score, the fairness of matchup are also destroyed for the wide population by the few cheaters. They refuse a prompt and sufficient process to throw cheaters OUT.

Chess.com is saturated with unfair play online, and is in denial about how bad it is. The head of customer service says their tactical training does not affect one's blitz play enough to calculate it into matching up opponents. Why then does chess.com sell tactical training as the path to strengthen your game, if it doesn't strengthen your game? Why am I matched to players hiding 500 plus tactical training advantage over me, which chess.com wrongly claims to be a fair match-up? Why does the head of customer service say cheating is at an all-time low, when others within chess.com emailed me saying they were experiencing an epidemic outbreak of sandbagging (artificially lowered blitz scores hiding huge tactical advantages)? Chess.com used to be fun, but has become an infested mess of unfair match-ups and cheating due to mismanagement. I advise players to go elsewhere.

Audio sound is not working, while i play chess. I use your website for the past 6 years. In absence of audio sound, i feel much difficulty in play. Thank you very much for your 24 hours service for any person, to play chess from anywhere and at any time. Please rectify the audio system to my connection and help me, so that i can enjoy the chess game. Thank you very much. Bagawandas solomon

I am a premium member of chess. com and I can not use the program I paid for. The problem is with their sign in procedure. I do not know how to contact them to correct this problem I am having. I would appreciate help in finding their phone number or Email address. I need to talk to a customer service representative to resolve this problem. My name is Robert Leblanc address is 1008 Sandridge road Hubert NC 28539 Email [protected]@ec.rr.com.

This site has a gps tracker that freezes your pg right before you're about to win and causes you to lose because of *game abandonment*...after I lose, it unfreezes ...and everything works great...it's getting obvious ..this been going on for years...but it gotten worse... it did it 5 times in one sitting (2 hours). Smdh causing me to loss games and drop my ratings. Is it because I'm black ? I'm filling civil rights lawsuit asap...I'm tired of these sites and apps. You cheating devils aint [censor] but liars.

I loved this site in the past and spent a lot of my time on www.chess.com! Recently they closed my account for no reason! I have no idea what happened, I did nothing wrong! When I contacted them and asked what was the reason they claimed they don't have to explain anything. I'm extremely disappointed with Chess and the worst part is that I can't get any explanation!

I subscribed for a chess game but found it to be far less inferior than what was advertised. I canceled the subscription the same day and requested for the refund of my money twice. The company did not care to respond to my requests much less refund my money.

I request the Board to enable me get my money back.

Chess.com
0
%
Doing nothing would be this company's favorite pastime, if they had the energy for it.