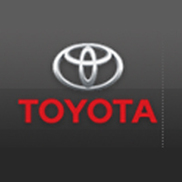 Having problems with Capitol Toyota?

I recently had one of the worst experiences ever with dealership service. Capitol Toyota of San Jose must be going through tough times, because they gouged me on a repair that I will never forget, and hopefully neither will you.

I have a Sienna van, which we use for carpool..up to six little kids at a time. Several months back, the automatic door stopped working. Big safety issue --- with automatic doors, when they break, they are too heavy for little kids to open. What did the dealer charge me to get it working again? Approx $2, 000 !

Last week, the door stopped working again. So, in my insanity I expected Toyota to honor the repair just months ago, and fix it. After all, it's a door. What did they do? Another $1, 000 bill. When I asked the dealer to explain the coincidence of the same door breaking several months after they "fixed" it, silence. And when I said I had a huge safety issue on a part (the door!) they fixed earlier, they said pound sand. And when I picked it up, it *still* didn't work -- so I had to make another trip! What part of the door did they say they broke this time ? A little computer, a controller. So, after spending $2k several months ago, I got charged another grand (the price of a new iMac) for a dumb little controller --- all of which still only, you guessed it, is the *brains* that opens and shuts the door! What brains.

And of course I appealed to Toyota corporate service. What an even bigger joke. First they passed the buck to the dealer. Then it was passed back to them. Then they said they couldn't help --- why? (you'll love this...)

- They hadn't seen me coming by the dealer enough in the last couple years for service.. get that? So now they have to charge me unreasonably high prices for service because I didn't spend enough in the past. Was something else supposed to have broken that I should have been spending money on?? Is this "service" or some kind of "dues" you pay just to own a Toyota ?? See the Logic ? I couldn't.

-- Did it matter that I was also doing Lexus service at the same dealer? Nooooo. Not her department.

- The corp rep, a Ms. Lee, said that it was out of warranty...duh, okay, a door that was fixed 3-4 months earlier already out of warranty... ?? Do *any* of Toyota's repairs come with an implied warranty ? Only my lawyer can answer that one.

Toyota has certainly left me with the feeling of being gouged and abused, that's clear. Capitol Toyota in particular is still living fat and happy, charging $700 (more with labor) for a computer part that must cost them a fraction of that in parts... sticking it to customers because they can.

- NEVER take your car for service at Capitol Toyota unless you have no choice. The service reps are polite, but when push comes to shove, you get charged, and they shove you to corporate. And I'm out three grand... for the thrill of having my automatic door open and shut.

- DON'T BOTHER escalating to Toyota corporate service. It's a sham. They lend you their ear, read their script, and then tell you to pay the piper. They could care less about customer sat, even in these hard times. I even told them I was coming here to tell my story about the pathetic treatment, and the Toyota rep calmly said: "Fine with us. That's Capitol Toyota's problem". What a great team.

- WE SWITCHED to AUDI in the meantime. The service is WONDERFUL. They have better product than Toyota, are not as arrogant, and are still hungry enough to care about customer satisfaction. If enough of you do the same, maybe we can get these Toyota van doors work for less than $3, 000... Do you think ?

If you are *forced* to go to the dealer for service, make sure you get them to write out the warranty for their over-priced service before you submit the vehicle. Otherwise, they are happy to take food off your kids' table and fund their own.

I would love to know of any good, non-dealer, places for Toyota service in the Bay Area... In the meantime, forward my story to as many others as you can. This is all about numbers.

Capitol Toyota
0
%
Doing nothing would be this company's favorite pastime, if they had the energy for it.