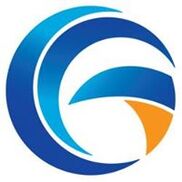 2/9/21 - Recently moved into a house in Edmond, OK and was not able to finish setup for new services online due to errors the website would not explain; account was created but could not start services until I took time out of a working day to call as they are only open M-F the same times regular people work and do not have time to waste our time for them. Gas was shut off 2/8/21 and an attempt to start services online failed after coming home from work while the outside temperature was 22 degrees and my house at 50 degrees. I called the emergency line around 9PM as it's inhumane especially during COVID to shut gas off at a residence during what will be the coldest week of the year. I was then told to wait until morning to call and that it was likely a deposit issue that was required. I'm forced to scramble looking for space heaters for the night, during COVID, around the city, of which every Walmart and store in the city is out of in preparation of the week of ice and cold weather. Next morning, I call at 8:30AM - 2/9/21 to speak to customer service to setup service. I am then told a was charged for 5 months of service prior in a previous residence 6 years ago that was deemed inoperable for gas at the time, where I had never once even used any gas but was still being charged the Rate B (double the Rate A service rate) service charge the entire time. I let them know I would dispute the charges where I was greeted with "You will then need to wait for the dispute to clear before we can provide services which typically takes 3 days." So, they are willing to allow my pipes to freeze and burst, my house to continue to be in the 40 degree range, my animals and myself who now has to stay in the house to work to continue to freeze because they would rather collect on $150 from 6 years ago than setup services to a house I just bought, I clearly am not a liability of paying bills unless I never use any gas whatsoever which was the case before. I went ahead and said fine I will pay all past due and deposits if it means getting service. I was then transferred to their third party billing vendor where I spent the next hour and a half speaking to 7 different billing reps after their automated system would not properly function to accept my card number input the first time, then expiration date, then zip, then it hung up... all of which each error would send me back in queue to talk to a billing rep to repeat the process all over again. Once I finally finished that I had to then call ONG again for the 4th time today after my account number was not being validated through their automated system. After speaking with the 5th customer service agent of ONG, I was then finally able to have a service order created for service. But that's still not it, because it took over an hour and a half now being 10AM to just simply give them money after calling multiple times last night and this morning stating "I AM FREEZING COLD AND I NEED GAS TO HEAT ANYTHING IN MY HOUSE." they tell me that because it is so late now all their service trucks are out for the day and they will not be able to service my house until tomorrow 2/10/21 from 8AM-12PM. After numerous attempts to reason with them that I started my call process at 8:30AM this morning AND considering we are going to be seeing -6 degrees as a low this week I simply cannot wait as it's now 45 degrees in my house and I am huddled around the only propane heater I could get in the city last night chugging bottle after bottle to keep warm. I am appalled, I did not like ONG 6 years ago for their scam of a service charges when no gas was even being piped to my house I rented before and I especially do not like them now as I will have had to wait 3 days during the coldest week of the year before they will turn my gas back on. Because of an undisclosed deposit and collection from 6 years ago that I've now spent 2 hours of my working time to pay in order to have them simply relight pilot lights that take 10 minutes total to do. ONG would rather collect money from people who are freezing in their house during the coldest week in Oklahoma in the last 2 years, again during COVID so I'm forced to go out into the stores to buy propane and heaters, to then say you're too late calling in after speaking to a total of 9 people in 2 hours of my working time just to get a service order that they will not fulfill until tomorrow after already waiting 2 days, now making it 3 days without heat. A minimum monthly service charge when no gas is ever being piped to the house should be illegal as no services were actually ever rendered 6 years ago. I had paid a deposit and service fee to for the technician to come out to tell me he was shutting the gas off and not to use any of the appliances that did require gas, but yet I was still charged the highest rate plan for 5 months using no gas. Now, after over a week trying to setup services online and 2 hours to 9 people on the phone I will still have to wait a total of 3 days in 10-20 degree weather before someone comes out for 10 minutes to turn gas on. Our family has filed multiple disputes against Oklahoma Natural Gas Company in Oklahoma City, Oklahoma with Credit Karma and the BBB, also in email and a phone call to them directly.

They claim we owe them money at a former residence though we contacted them a week before we moved to have service disconnected. They are arguing we did not contact them and they will not work with us to remove the current balance.

We have proof of the move in date of our current residence and also proof from the other utility companies that we terminated our service with them.

Why would we terminate service with the other utilities, but not Oklahoma Natural Gas Company? It makes no sense.