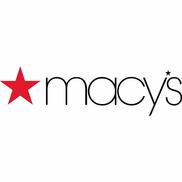 I purchased a dress June 29, 2020. It arrived, did not fit so I wanted to return it. I found NO information on line that would help me with the return because I did not have an order # - I did not receive any paperwork with the dress.
I mailed it back to 151 W 34th Street on 7/30 (because I had to wait to get my Macy's statement in order to get the item #). I got a tracking number and found out the dress was delivered on August 4, 2020. Since that date I have been getting statements, fees upon fees added, nasty form letters, etc.
No one answered "customer service" when I called, nor would they answer emails. I wrote to the company September 4, 2020 giving them the tracking number along with explanation. NO RESPONSE
On September 29 2020 I wrote to John Harper, the COO - NO RESPONSE
In November 2020 I received a form letter telling me to call and furnish information. I was put on hold for a lengthy time and finally hung up.
December 8< 2020 I wrote to Jeffery Gennette, the CEO - NO RESPONSE
In December I got a form letter informing me that they had completed their investigation (NOT contacting me at all) and that I owed them the money for the dress. I called and no one could help me in Customer Service because it had been turned over to their credit department. On December 16, 2020 I again wrote to Jeffery Gennette, CEO again explaining I had furnished the tracking number and the dress had been returned to Macy's and maybe they should investigate their own store. NO RESPONSE - but constant fees and harassing form letters turning me over the a credit collection company.
February 2021 I received a form letter that they were investigating
February 2021 received a form letter that they had turned me over to the
banks credit department and for me to call. I did and spoke with someone who I could not understand, kept breaking up and told me that I could not talk with a supervisor (when I asked) because NO one could help me and that I owned them the money. I have been told that they can't track the package with the tracking number the USPS gave me. The reason - it is removed after 90 days. If Macy's had responded in September 2020 when I originally gave them the tracking number - they would have seen (like I did) it had been delivered to Macy's 151 34th Street on August 4, 2020.
I have now been turned over to Credit Control and my credit score has dropped considerable. I am beyond frustrated with Macy's .

On December 27th, 2020, I returned a watch that was a gift to my son, to the store in Lima, OH. They told me that since I did not have a receipt, that they would have to issue me a check via the USPS. I still have not received any such credit. I have made numerous phone calls to check the status of my refund, but the people I have spoken with are not willing to help me resolve this.