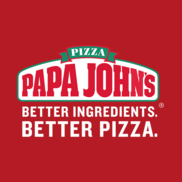 I am writing this letter today to complain about your manager named Sheldon Duncan located at this Papa...

as bad as it gets!

On 01/19/08 I placed an order with my local Papa John's pizza to deliver one large 3 topping pizza, one 2 liter Sprite and one cinnamon pie. Well, when my order came in (well within the time limit) I took my items, paid the driver and proceeded to fill my empty belly with this pizza I had been craving. Well, when the the meal was over, I could feel my mouth watering in anticipation of this cinnamon pie. Truth be known I wanted the cinnamon pie more than the pizza but my friend wouldn't let me eat the sweets before the meal, so I waited. Anyway, I opened the box that my cinnamon pie was supposed to be in only to find cheese sticks?! I recognized that an error had occurred, heck they happen to everybody, so I called the store and spoke to the mgr. asking that he send out the correct pie and I would gladly give back the unwanted cheese sticks. This is where things started to coast down hill. The mgr. told me that it would be 2 hours before he could get the driver back to me to get my correct order to me because he had only one driver on duty. I was not happy but told him, "okay". Apparently he told me this 2 hour wait thingy to discourage my request because once I accepted he immediately said that he would rather not send his driver back to me keep and he would prefer that I keep the bad order and next time I called in he would give me cinnamon pie for free, as long as I called within 14 days, because he would post the information for 14 days. I was not happy, not in the slightest but I was a good egg and agreed. 01/24/08 I placed an order for a small 3 topping pizza and requested my owed cinnamon pie. Now things just go completely down hill. The young lady who answered the phone was friendly but it was obvious that she was without a clue. She had no idea about the bad order from 01/19/08, the mgr, never posted a thing about it and after having me explain the whole story to her 3 different times over a 10 minute period, she then put me on hold and eventually passed me to her night mgr. This guy (Javier Jasoy-not sure if this was his real name because he purposefully mumbled his name when I asked 3 different times, even when I asked him to spell it) now asked me to repeat the same story yet again and then he tried to explain to me that nothing was posted and they really didn't know if I was telling the truth. Now I hit the roof, 15 minutes on the phone trying to place an order for food that they OWED ME, that I paid for and this jackel is huffing at me like I'm some sort of problem child when in truth I am a paying customer who has put more than my share of money into Papa Johns pocket over the last 15 years. I am not happy by this mishandling, irresponsible and horribly nonbusiness like treatment and behavior. How can such a "franchise" exist where the business essentially steals from it's customers. I don't know how else it can be viewed since they took my money for a product they refused to then provide. This was not my problem, I did not cause it and to be treated to the 3rd degree by some ineffectual, under educated "manager" is more than I am willing to allow. I want my money back for my cinnamon pie and want to have nothing further to do with this location if not this company. If the company is willing to allow the dregs of the business community represent them, then they will lose loyal customers such as myself no a daily basis. I did ask for the name of the Saturday (01/19/08) mgr., who started all of this and Javier, mumbled his name each of the 5 times I asked for it and even when I asked him to spell it he slurred his words and mumbled his response. I say slurred and mumbled but in truth he was using his broken english as a means of avoiding my direct questions but aside from those questions about names, he spoke clearly with everything else?!?! The name that I was able to get out of him for the 01/19/08 mgr. was Rates Hanna. Rates Hanna?!?! This is a fake name if I ever saw one and this is supposed to be a business where they handle food that goes into your body and they won't even tell you the name of the mgr. responsible?! In the end I canceled my order and opted to send a written complaint instead. With everything that had transpired and the obvious shadiness of the location I decided it would be better for me to be hungry for the night than to eat anything they prepared. This location at 1111 Fulton Street, Brooklyn, NY 11238 @ ph# 718/399-7272 is the worst franchise out there and the parent company needs to be informed immediately of their complete lack of customer service skills.