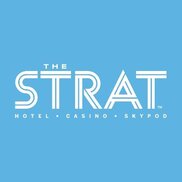 I hate to write this, but y'all didn't do very well during our stay this time around. The cashier helping us was really great, but the line was long because the self-check-in machines were not working that night, so as we finally approached the hotel desk we weren't in the best of moods. We upgraded our hotel rooms though, for more money, so that we could have two rooms next to each other, which we didn't know would be an issue without an upgrade, but we upgraded nonetheless, and when we opened our doors, the smell in the hotel was incredibly disgusting, it smelled of vomit with cleaner trying to mask the smell. Very awful. We tried to switch rooms, but the phone line wasn't taking our call and the line in the lobby was long all night after having waited in it the first go-around. We tolerated the room, because we had another room next door to hang out in. But bc the rooms weren't attached we propped the door open momentarily to go between rooms. To make matters worse, while we were gathered in one of the rooms (there were 6 of us sharing 2 hotel rooms next to each other) we got robbed. So, not only did we have to tolerate the bad smell in our hotel room that we paid extra to upgrade to, we also got our stuff stolen. It was not a good stay and we were very upset. We have stayed at the Stratosphere before and that's why we chose it again, but we won't be staying there again and certainly won't be telling our friends to stay there. If there's a way to get our money back we may reconsider. Courtney Webb [protected]@gmail.com

I have a medical condition and the mattress was so uncomfortable I couldn't sleep, was in pain and couldn't joy myself. I spoke to 2 managers and a supervisor. They did nothing the 1st time, gave us 2 comforters the second time I complained and 4 pillows the supervisor said all the mattress are the same but I can change rooms the 3rd time. It didn't change at all. I came on the feb 10th and will be leaving on the feb 15th. I came here to enjoy myself and I can't. My body hurts and now my attitude is reflecting from it. I feel nothing was solved. My room number is 21-081. We had to take the mattress of the sofa bed and that didn't do much. I am a Las Vegas local that moved to Arizona. 11/19/2020 I missed my flight that morning and decided to book a room at the strat for two nights through Hotwire. When I didn't get to check in until around 10 pm because I had to figure out how to get from the airport. The front desk clerk notified me that the security deposit would be per night. I asked if the could modify and they told me to reach Hotwire. I was unable to modify but once I did check in the following day my room was not up to standard. Blood was on one of my sheets. I didn't have time to notify the hotel because I was leaving first thing in the am.