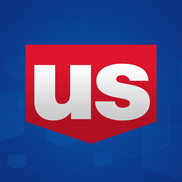 US Bank — Lack of professional accountability

I recently was divorced, and made an appointment online to come in for a name change on all my accounts. Online I was told to bring in my certified divorce decree and picture identification. On Wednesday February 10, 2021. I arrived for my 2:15 appointment, on time. I worked with banker, Livia Lema (her card states "client relationship consultant").
Since I had recently applied for a new driver's license, I had a photocopy of my picture, a receipt and the voided drivers license. I also brought my passport, still in my married name. I was well prepared.
For the most part things went smoothly. She needed to make copies of the divorce decree. When she returned to her desk, she was re-stapling my divorce decree after she removed the staples.
I said you were not supposed to remove the staples, and she said how else was I going to copy it? I told her she could have folded the pages and copied. I explained that she has now nullified my document, and it is the only one I have. She asked a coworker, and came back apologized, stating, if I needed another one, US bank will take responsibility and pay the cost of a new one. I agreed that I will be requesting a new document and when I have the receipt of the new document, I will turn it over to her. After arriving home, I received a call from Ms. Lema stating her supervisor said, since the document did not say she could not remove the staples, US bank was not going to pay for a new one.
I believe that Ms Lena made a mistake and was not aware that she should not have removed the staples from a legal certified court document, but I believe her supervisor did know, and should have taught her this. Her coworkers knew and informed her correctly.
I think this is a way for the bank to attempt to hold me responsible for a mistake that was made by the bank. I believe this bank does not want to act in a professional manner and take responsibility for their actions.
The bank I went to is Nokomis branch 4930 34th Ave So Minneapolis, MN 55417. branch phone # [protected]. Ms. Lema's email address is: livia. [protected]@usbank.com
I have submitted a picture of the front page of the document with removed staples and then re-stapled. I have also included a picture of the page that shows the document was a certified document.
My name is Nancey Riley. I can be reached at [protected]@hotmail.com or by calling [protected] home phone or [protected] cell phone. Thank you

View all 572 US Bank complaints & reviews