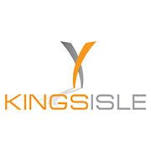 KingsIsle Entertainment — They took my money

I recently just happened to see on my credit card statement that
they had charged me in December. I didn't renew my membership so
contacted Kings Isle.

They (conveniently) said they found no record of my cancellation.

I explained that hadn't even played since 2011, and their software
can show this, but they won't tell me if they looked or what they
found when I asked them to check my profile to prove I hadn't played
for years.

I called my credit card company and had them stop the payment.
KingsIsle sent me an email saying my account was banned permanently:

Response Via Email (KingsIsle Support) 04/28/2014 04:18 PM
Hi there!It appears you have already received the
refund of $59.95 by your bank. Please be assured the account is
banned permanently so no further charges can be applied.

I emailed them again and asked them how many times they had taken
money, here is their response:

I asked them for the rest of my money that they took. Here is
their response:

Response Via Email (KingsIsle Support) 04/30/2014 04:16 PM
Greetings, The refund that has already been provided, is
the extent of the charges that were eligible for said refund.

So, they took out 4 membership fees. I only authorized the 1st
time. The last time was refunded. I am stilled owed for 2 years worth
of fees and I want my money back pronto!

Because I paid for my son to use Wizard 101 on a monthly basis, unbeknownst to me my Amex information was saved and he was able to to 4 transactions, resulting in a total of $50 worth of "crowns". When I looked at my online credit card billing statement I contacted Amex immediately. KingsIsle finally emailed me back, as they DON'T take phone calls or do any type of phone correspondence, 3 days later!! Several days worth of condescending and "holier than thou" emails later. They banned my son's Wizard 101 account and refunded my money. So yes, I'm an unusual story where they DID refund my money. Maybe because I'm related to more attorneys than I care to talk about, maybe because Amex got involved or maybe because I vowed to cost them more time and money than doing this to hard-working parents would ever be worth. Yes, I punished my son and realize most of the reason this happened is because I was stupid enough to trust my credit card info to THIS company. All I expected them to do was to be just and fair in crediting my account to some degree and assure me this wouldn't happen in the future. THAT simple idea is too much to expect from this company and I owe it to ever parent out there...DO NOT TRUST THIS COMPANY WITH YOUR CREDIT CARD INFO!!! YOU WILL REGRET IT!!