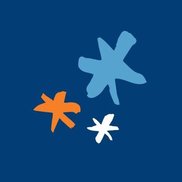 My itinerary is7465843140649. My latest case number is S-[protected]. My husband and I have over $1470 in airline credit on Aeromexico from flights that were canceled by them in April, 2020 due to the pandemic. I booked these flights through Travelocity and was told that I had to use the credit on Travelocity. I was told I had to book new flights using the credit by May, 2021, so I tried to book flights to San Francisco with Travelocity using the chat and their agent Sabrina on April 6th. After 3 hours with Sabrina and after having repeatedly given her the flights I wanted and telling her I wanted Confort Class, which is what Aeromexico calls business class, she said that is what she booked for us. I asked if it was Confort and she said "Of course!" On that day on Travelocity and even 2 days later, the flights I booked on Confort class cost $846 a piece and were available. She said it would be $1090, which I knew was more, but I was tired and said OK since that was covered by our credit and it was 11 p.m. She confirmed and said I'd receive a confirming email the next day.
On April 7th I received the confirmation of the correct flights but the reservation said Economy instead of Confort. The economy seats she booked us by mistake only cost $300 a piece and were not what I requested.I did not want to use $1470 in credit for $300 tickets! I immediately contacted Travelocity on Chat to let them know of their mistake. I talked on Chat to Sindhu. I used Chat because it takes 3 hours to get someone to answer the phone at Travelocity. Sindhu told me this would be resolved within 24 hours. This was April 7th. I hadn't heard anything by April 8th and reconnected with Travelocity Chat on April 8th. I first talked to Raven, who cut the communication, and then i talked to Irma, who treated me nicely but said they would resolve it, that she put the case as urgent and gave me case number S21757392. She said I'd be contacted within 24 hours. That day I received an e mail from Mae O. saying they were contacting the airline. On April 9th I got another e mail form Joana Q. saying they were still working on it and it would be resolved in 24 hours. I contacted both of these people by email on April 10th, but they never answered me. On April 12 or 13th, having still received no answer, I contacted Travelocity on Chat and talked to Karla .
She tried to help and said it would be resolved within 28 hours and said she put an urgent mark on it. She gave me a second case number S84312786.
I waited more than 48 hours and then called Travelocity today (April 15th). After 2 hours I finally talked to Sindhu, who tried to help me but said that Confort class was now too expensive (the prices have gone up since April 6th). She gave me yet another case number (see above) and I requested to talk to her manager. She said he wasn't available and couldn't give me a name but that he would call me within the hour. It's been 3 hours and no call, no e mail or anything. She confirmed that yes, it was their mistake but that she herself couldn't correct it.
I have spent over 15 hours contacting Travelocity and have been completely ignored. The agents are nice but have not resolved the issue and I feel that the company is just waiting for me to go away. I have been promised answers 4 or 5 times now and nothing has happened. The tickets are now much more expensive than they were on April 6th, and that is why Sindhu says she couldn't help me, but the mistake was made by the first Travelocity agent-not by me. I feel they are stealing over $2300 of our airline credit, as they booked only $600 of airline tickets with our $2943 credit. I have not been informed if I can use the rest.
Without business (confort) class, I will have to pay extra to reserve better seats on the plane and to pay for each suitcase. This is ridiculous having paid Travelocity $2943! I have screen shots of all the Chat conversations. I can send them if necessary, but I know Travelocity has them already.
I have never seen such poor customer service. Their agents seem to be trained to say, wait, we'll help you soon, but nobody is helping.