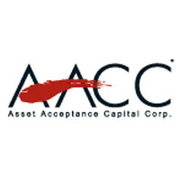 I have been called on my Cell Phone every day for the last 9 months. I was sent a bill for something in 2001. I am being called and told I need to pay this huge bill that I have no idea why is so much. I am more concerned about the phone calls because they don't leave good messages on my answering machine and they harass me constantly. How can I dispute this bill. When I have tried to call the number provided they don't answer either. Is this even a real company. Ive heard allot of bad things about this company and do not wish to send money to someone who it doesn't belong to.

The complaint has been investigated and
resolved to the customer's satisfaction
Resolved Asset Acceptance — Scam!

I just received a summons to appear for a suit being filed by Asset Acceptance LLC on a credit card account that is 9 years old, is for more than twice what they list the account balance at, and I am not certain this is even my account. I had to file for bankruptcy due to wife's breast cancer and had thought I had listed all accounts. I have received no proof that this was actually my account. If it was an account that I missed when I filed, I live in a state where the SOL is 5 years anyway. If this was first proven to actually be my debt, I would consider repayment since I have recovered financially, but to have the amount due listed at MORE THAN two (2) times what the account shows is ROBBERY!