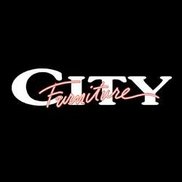 I am having great difficulty in seeking resolution to an issue regarding the purchase of furniture from the Boca Raton City Furniture store. The matter is quite complex, so I will attempt to be as succinct as possible.

We purchased a bed, 2 nightstands and a dresser on 6/5/21, Invoice # 654707 / 11. When the furniture arrived, the bed appeared to be a different color than the one we selected from the showroom. We called our salesman, Jacob Lugo and sent him photos. He concurred and submitted a claim. The claims department called and asked for more photos and they were sent and they agreed it was a different color. A new bed was delivered and it was the same color as what we had. Being rather confused, we visited the showroom again and clearly, the light beige bed in the showroom was not the same light beige that was delivered (twice). My husband and I thought that perhaps it was a lighting issue and we decided to keep the bed even though it wasn't as expected. We then decided to purchase the bench from the same furniture collection. The bench was delivered on 6/12 and shockingly that light beige was different from the bed and appeared to be what was represented in the showroom. I again called Jacob and again he submitted a claim. With several back and forth conversations with claims, the last information they provided was that it was clearly a different color, both items had a different SKU number, etc. I asked if the bed that was in the showroom could be sent to me to exchange and I was told that wasn't possible. I asked to return the bench as it does not match the bed, and again that was not possible. I received a text stating that "after reviewing your case in great detail we've determined the issue(s) reported is not covered."

I am baffled by this response and unwillingness to correct a matter that was not our fault. We are willing to keep the bed, but we can't keep both items as they do not work together. For resolution we are asking for any of the following three scenarios:

I want to thank you for your time and attention in reading this rather lengthy scenario. Kindly let us know what can be done.

A six piece sectional sofa was delivered to our house. We were not told that this sofa was not designed to be floating in the middle of a room. It is designed only to be against solid walls. The cables are all sticking out. They cannot be hidden underneath. It's the biggest electrical mess. There are six electric cables one for each piece. City Furniture is not willing to take the sofa back. We do not want it. It will not work in our room.

I bought mattress, on the floor mattress made in China. They delivered this model but made in Vietnam and if...