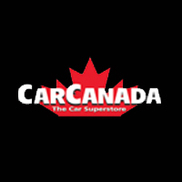 Car Canada — They rip off customers and have fraudulent practices

I paid way to much for my car, they used very extreme high pressure sales, lie, and basically they stole my money. They deserve to be shut down. Everyone I have dealt with there has been rude and ignorant. The sales people lied to me as well. They told me that when my car was there for repair I could get a rental, I have not once had a rental. Now the service people are saying oh that is only if your repair will take 2 hours or longer, I was not told this. Then when the repair takes more then 2 hours and I ask for a rental, they say did you book it, I say no because how was i to know the repair would take more then two hours (stupidest policy ever). Also the car they should me is garbage so is the warranty i paid for. Everything is not under warranty (so they say) and they charge diagnostic fees which are very high. Also I caught them lying saying my car needed new struts, and they told me it was $1000.00 to fix, I had the car for 6 months, I was mad. So I went and got a second opinion, well there was nothing wrong with my ca and the struts were fine. Car Canada totally lied to me. Plus the car they sold me has been a real lemon, every time I turn around something else needs fixed on it. I have had to pay a lot of money. It would have been cheaper to buy a new car. I will never ever buy another car from Car Canada and you shouldn't either. If you do buy a car from them then be prepared to deal with extremely rude people in the service and be prepared to be lied to and pay a lot of money for repairs, plus be totally ripped off when you buy the car. So don't buy a car from them and tell everyone else not to.

I recently submitted a request for information on the buy-back option for Canada. I started there since this is where I purchased my car. I received a reply from Patrick Butler, the General Manager. His first email was short and rude, which caught me by surprise. A one liner wrongfully accusing me. I thought he must have misread my email and apologized. He took the opportunity to attack me again! I just wanted to know how buy-back works!!! I thought maybe he had a bad day and asked him if we could start over, but he remained a true "donkey"! He refused to reply to ANY of my questions and ended our dealings with rude, unwarranted comments and "No need, you can deal with another dealership!" Must be bad times in the Car business!
If only I would have known!!! I would NEVER had bought my car at CAR CANADA!