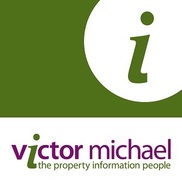 Having problems with Victor Michael?

ComplaintsBoard.com is not affiliated, associated, authorized, endorsed by, or in any way officially connected with Victor Michael Customer Service. Initial Victor Michael complaints should be directed to their team directly. You can find contact details for Victor Michael above.

Use this comments board to leave complaints and reviews about Victor Michael. Discuss the issues you have had with Victor Michael and work with their customer service team to find a resolution.

Had the most terrible experience with this agent. The staff i dealt with were so sarcastic, so rude. I very much disliked the one man who "created" victor michael. Such a rude man, id never recommend anyone to use this agent. Absoloutly horrible, giving me a lecture and telling me how to do things. making a mockery and humiliating me, making me UPSET and laughing at me, throwing me indirects in the conversation and mocking other agents off .. they are just a basic estate agent, nothing special. i was disgusted. They are so proud for nothing because theres nothing to be proud of. Id change the way i talk to someone if i wanted to be successful, something they need to work on (their customer service) as much as they are rip offs and all these extra payments which most people need to be aware of to get a little extra from people, theres never no fixed fee to pay before moving in, its what they want and most payments are just extra. iM aware because iv worked in the sector. They provide such a terrible service id never use them ever. ERGH.

After having moved out of one of their properties 18 months ago I am being chased for rent that I supposedly...

This agent who doesn’t manage my property and never has.
Can you imagine my surprise when I checked my bank account to see that I hadn’t been paid for the last two months’ rent on my property from this agent who takes a monthly fee from me to do exactly that; collect my rent and process it into my account.
After calling the agent on no less than 14 separate occasions to be passed on, hung up or the line just never answered, I called the tenant himself who told me he had moved out over a month ago and that he had given the agent two months notice in writing and hand delivered it to their head office in Stratford.
I called the agent again this time trying the head office first – same run around again – called their Leytonstone office, spoke to some girl who clearly didn’t speak English who passed me to someone else who only just mildly easier to understand to be told we’ve had someone move in yesterday when I told her the address.
So I’ve had no money, no notification that the old tenant was moving out, no contact to ask if I wanted it re-let, no rent coming into my account, no information about references, move in dates, etc the list goes on. Then I thought about the old tenant who I was told had had his deposit which they hold had been given back in full so must of given the correct notice otherwise would have been given his deposit back but again I was not consulted or informed.
My bank has raised charges against me for not having monies when the mortgage came out. I’ve lost over a months rent.
The property is, after just visiting it, dirty, smelly, needs work and deposit should not of been returned.
The tenant is less than satisfactory, as are the limited references the agency took. I wanted the property back for personal use, well that wont happen as someone has moved in, they have signed a contract with no authority, I’m out of pocket and homeless.
Do not use these people, they are at least criminal, incompetent or just plain crooked.

I was actually made homeless for two weeks due to the incompetency of these Estate Agents! I was due to move out of our current house and had agreed to a moving date with Victor Michael. The night before we were due to move we got a call off a very disgruntled member of staff to say that they had already let the property and our paperwork got mislaid. I got given my deposits back but nothing was done to compensate or even help me, forcing me to sleep in hostels for two weeks until I found another property. I made a official complaint to their head office and have heard nothing back (this all happened about twelve months ago) I recently received a nasty phone call asking why we haven't paid our rent, and they slammed the phone down when i explained that we did not live at the mentioned property. There staff are a truly miserable bunch and the company have no morals!

My experience of Victor Michael, Leytonstone Branch.
After calling through to several agents to find a property leaving my number and details, I got a call back from Victor Michael who said they had a property which perfectly suited my requirements and to come to their office the following day for an appointment to view the property. I took the day off work to do so, I called in the morning to confirm the appointment which they did, I drove some 2 hours to get there, and on my arrival was told that I didn’t have an appointment that day and wasn’t booked in the diary by a rather large women who seemed to be more interested in eating a packet of biscuits and drinking her tea than the fact that I’ve been travelling down to view this property. After being told that there was nothing they could do as they were too busy that day, I asked if there was any way they could perhaps move some appointments around to accommodate me only to be told that even if they had time they didn’t have any keys so I couldn’t see it, all this after I had spoken to them in the morning to confirm the appointment.
What a bunch of incompetent fat lazy time wasters.

Avoid at all costs, (literally). The worst estate agent company I HAVE EVER DEALT WITH, over charge for...

I totally disagree with all of the comments...i had reall good Experience with Victor Michael estate... Very...

These estate agents are rip offs. Total rip offs! They charge for everything, contract extension, contract...

Victor Michael
50
%
This company is on the right track to keep up with incoming complaints, but there's still plenty of work to do.