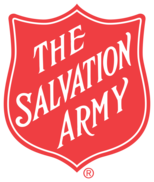 I have to live here due to personal issues. And prepare for a major shock. A friend worked in the kitchen and told me about food safety/handling/preparing/serving procedures. I believe it too and wouldn't be surprised. These people shouldn't even be in the kitchen unless they have a certificate or completed a course or something on food. I was shocked to find out that he homeless/community get hard bread and the not so good food like the families with children do. The staff eat and drink while working at times. They don't constantly change gloves or wash thier hands enough. They don't sanitize tables most of the times, or the counters properly, due to short staffing. The meats aren't cooked properly. They don't thaw meat in the fridge and leave it out for hours and or prepare it real early and leave it there until it needs to be heated again. Sometimes I ask myself, Don't these staff care wether the kids eat or not? Can't they serve different foods that adults and kids would eat so they don't go to bed hungry? Does anyone even care? Where's the Cristiantianity here? I think this place needs to be inspected by the state of Texas Health cause what you don't know can always hurt you. I've had fried fish and the inside was slimy. The chicken is pink in the inside, salad isn't fresh. The milks are expired sometimes. They don't care and have the grievence forms for people to fill out, but It's still the same. (Do they even consider talking to you about them if you put your name on it? ...NO. ) You just feel like hopeless or just deal with it and say nothing to prevent problems. and there has been numerous people sick due to stomachaches. I have vomited due to this. Weightloss is a big problem in children that live here, cause they don't eat the food they serve, which can be spicy or bland or just adult food. They don't have alternatives for kids so some go without eating, (except peanut butter and jelly on some bread with hundred of seeds kids don't like.) They don't dry the trays after cleaning them either and wrap them up (moisture=bacteria). This place is even understaffed, to top it all. They're not following by food saftey book. One of them had alcohol in a cup. I was told way too much that I now go elsewhere for food. I can't go on and on cause it boils my blood, but if you have a choice AVOID EATING HERE! If you are Food Inspector come and see what's cooking in the Salvation Army. I hope this gets solved.