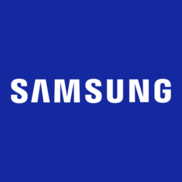 We purchased a Samsung suite of kitchen appliances from Home Depot. The Dishwasher model DW80K5050US is less than a year old and it won't turn on now. I noticed there are numerous complaints of the same problem for over a year. I called Samsung to resolve the issue and was advised they don't have any service centers in my areas that I would need to wait up two days for someone to call me back.

I shared we had a problem with Samsung Microwave five months prior, a repair ticket was issued and we received our 48 hour call back advising us we could send the Microwave to back to Samsung for repair because they're is not a local service center in the area. Since it was recently purchased we uninstalled the microwave and returned at the store.

I advised the representative this was unacceptable resolution that I wanted to call an authorized Samsung appliance repair person now to get it scheduled. She said I would need to wait for a call back. I advised that I found four authorized Samsung appliance repair providers in our area. She apologized for the inconvenience and said we would need to wait.

Lastly, I agreed to take the survey at the end of the 10 minute call. Due to the representative not hanging up on her end so the survey would not be prompted for my feedback.

I purchased a Samsung Galaxy Book 12", model number SM-W720NZKAXAR from Microsoft in March because my phone and many othee products were also Samsung.

After a few months the keyboard cover stopped working, together with the sound, all of the sudden and for no good reason. I completed all necessary troubleshooting steps and the sound came back but the keyboard cover never worked again. l tried to get a new one in my own but found out that Samsung doesn't really sell them because of how expensive they are, furthermore, as it turned out, flimsy as it is, the cover was over $300 to buy elsewhere but without it the tablet is useless so, naturally, I've decided to just go through the warranty and contacted Samsung.

The cover ended up being so very important and complicated to replace that Samsung refused to replace just the cover (for a good reason) and demanded I send my tablet with it. I explained that I need the tablet for my job but they didn't care, simply hung up on me or transferred me until I gave up and sent the whole PC to Samsung.
Today, after over a week, I was told that my tablet is somehow out of warranty. There were no details provided on why, just a request for my credit card number and a warning that I'll be charged $65.
My tablet is in perfect cosmetical condition, it was never dropped, exposed to any environmental elements (water, heat, etc.), it has zero dents, was always kept and carried in a shock, water and element-proof bag and it was working perfectly until it suddenly stopped. I did send a wrong charger to them by a mistake but I had to repurchase the original charger once because the one that came with the tablet stopped working (same model number of the charger, replacement purchased from Samsung). I never charged it with any chargers other than the Samsung-made one, with an original cable, I did not open or modify the tablet in any way and have done absolutely nothing to void the warranty or somehow impair the tablets performance.
I would also like to mention that it was chipped to Samsung in a thick bubble wrap, I took photos and a detailed video of the condition before, during and after packing it, I also included sealing the envelope into the video, together with the serial number but only because ups, company whose label Samsung sent me, once lost a package of mine.
Furthermore, I need to point out that, upon doing a simple research online I found out that hundreds or even thousands or other people who purchased the same tablet as mine suffer from the same exact issue with their keyboards dying all of the sudden! I also found the cause for the issue: a part of the motherboards, something called a pci bus, burns out due to the way the tablet is made by Samsung, something to do with voltage and the processor and the fact that Samsung didn't think of Intel's power management shortfalls, etc. It's disgusting that a gigantic, enormous company such as Samsung can't find employees with integrity who do their jobs the honest way because I know this for a fact that even if, somehow, by some freak chance my tablet is damaged it was not damaged by me but by someone who works for whatever third party company is handling repairs for Samsung.

Originally, purchased samsung washer (mo#wf330anb1xaa01) dryer (mo#dv330agb/xaa blue. had them less than a yr. contacted customer service who std they only have one place in mi to repair them mr. appliance in benton harbor, mi then they were going to have a & e factory in il come to my home 3hrs. away. then we were told we had to cut electrical cords to be refunded. then I contacted the president he std they do not have any refund policies established, and no exact procedure, since they were doing it as a courtesy to me. they were only willing to refund original price and due to inflation they couldn't do anything else. contact lowe's they were willing to do an exchange fine except the dryer was 2 colors. long story short. this is samsung's exact words, I got them in writing. "it has been confirmed that the color deviation occurs where the material changes. the paint's appearance can deviate when put on different surfaces. this is not a manufacturing flaw, but a personal dislike. " that is false advertisement, you see them on-line, on display and you pay for them as a pair, a set. only to have them delivered to your home not to match each other let alone the dryer itself. the front does not match the sides or the back. the colors are night and day. they stated that basically they are fine with this so-call personal dislike, and they will continue to make them and ship them out this way. lowe's did another exchange for a different make and model, color at our expense. i've emailed the president's office again requesting for a refund, since the 2nd time around we were advised through lowe's to purchase an extended warranty when mr. l pres. had to think long and hard about sending us $100.00 lowe's gift card. because they could not do anymore. they are not willing to do anything. lowe's has been cleaning up after them throughout this whole time. it has been over a month and still no closure. I still have to look at these so call set of units that don't match until my whirlpool ones come in. I have to wait 60dys to receive them. although, lowe's has been gracious to me and my family, it doesn't make things any better that I have to look at these pieces of crap. knowing they are still selling additional paint for scratches, to the public knowing all to well, they can't produce paint to match. buyers be ware!!! you have no idea what will be delivered to your door. they have no quality standards, they can't live up to their name, they can't resolve anything. lowe's has to do it for them. I was advised by lowe's that samsung is sending appliances with the wrong plugs, and they are sending them back and samsung std there is nothing wrong with them. there are other customer service issues and problems that are happening as we speak. they are fraudulently selling these products fully knowing they can't match the paint on their units. it's the customer's "personal dislike. " i'm sorry that's poor engineering on assembly. any other manufacturer would fix the problem and inform the public and their distributors that they are defective and not a customers "personal dislike. " they should be penalized, and need to put that information on the sales signs, with the description of make and model. that information is vital to know. buyers be ware!!! they do not intend to fix the problem, I have at least 6 emails back and fourth saved from the president's office. I even spoke to the president and yet here I am again 2 dryers later, the 3rd one I didn't have them take it off the truck the poor delivery driver looked at it, and said, "wow!" you can totally see that, I wonder why they are sending them out this way? I will never purchase a samsung product ever again. they lead you to believe that when you buy a product your gonna get what you see on display. I could of purchased a better buy at a dent and ding store, they would of matched and could of been fixed without the hassel and the customer service dept who had no idea about nothing. ha! less than a yr old and I basically went through 3 dryers. go figure!!!

I bought a samsung regfridgerator 2-17-10 in sept of 2010 there was a default where there was a leakage. Due to this process all of my food ruint, they were unwilling to swap it out they want to repair it, which is going to take two weeks. They make it just about impossible to get your money back for your food they ask for receipts which I don't keep on everything I purchased in my freezer. My advice to anyone is to stay from the samsung products they are half assembled. Not only that the company does not want to help you. Once they get your money any customer service issue are sent to the repair department. Beware