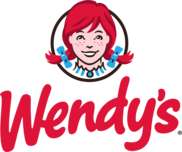 I have had many bad experiences with this company in the past few years. I live very close to this particular location so i use to frequent this rest. often. It seems that every time that you are there, you are there bugging the employees. I have many stories about this location, but I will only write about my last experience, which was about two months ago.

I was getting off from work and decided to get some lunch for myself and my mom, before having to go to my other job. I only had one hour before i had to be there, so i wanted to get something quick and just relax at home. I Was heading home and since this location is right down the street from where I live, I decided to go through the drive-thru.

When I was greeted by the employee, he was being rude. His tone of voce was pushy. I immediately responded to his tone by saying, I need a minute. He asked me again right away if I was ready and I repeated, ' NO! Can i think about what i am going to order?' He didn't respond. When I was finally ready to order I had to repeat my order to the guy THREE Times!!!

HE was not paying attention to anything that i was saying. I ordered, 2 spicy chicken sandwiches with tomatoes(extra fee) with baked potatoes instead of fries, and to drink i ordered a coke and an iced tea. When i pulled up to the window, i wasn't even greeted by the person. When i get to the other window, i was told that they didn't have any coke.

That they had ran out because they were really busy that day, but that they would have some the next day delivered. I asked for the manager on duty and the guy said, are you serious? Man! He was obviously lying. when she got there she said she wasn't aware that they had no more coke in the store, when she asked the employee about it he yelled at me saying that they were busy but that did have some in the back, but that it would take a while to hook up.

He even had the nerve to tell me to get a different drink. I just looked at the lady and said, i Want my coke. I have worked at restaurants before and i know that it doesn't take 'A while' to hook up a a bag of soda. They are very ride and careless. When i got home to enjoy my meal, i was shocked at the kind of food i had received. Both Chicken sandwiches did not have any tomatoes and when i was about to eat the baked potato it had a long blond hair in it.

I was disgusted and did not bother to go back to the place because I was very mad! I called their 800 number and when i was explaining to the phone rep what had happened she thought it was funny, she took my information and was chuckling the whole time. I told her I wanted a call back from somebody in the company and she said i would get a call back within 48 hours.

Once i got off the phone with the phone rep, i called the restaurant to speak with the store manager. The phone line was busy and when i finally got through, i was told by the same lady, who solved the soda issue, that the manager was not in. When i asked when i could reach them, she said she didn't know. I kept questioning her until she got upset and said i had to call back to catch the manager. To this day, I have not received a call back about this incident.

I even wrote an e-mail to the company. Apparently they don't care about their customers. I have not been to a Wendys ever since and I will never return again. I will spend my money elsewhere. I think the food is disgusting and very low quality products are served here. They need to get new employees that don't look like gangsters and that have at least some sort of education. They need to stop hiring all of the druggies from the community and start hiring people that don't give off negativities.