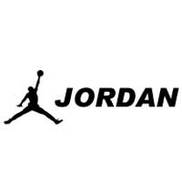 I would avoid this place at ALL COSTS.

Here’s the story of how our real estate transaction went horribly wrong.

Went to buy a fixer home, the listing agent was Jose Olivares of Century 21 Hilltop of Simi Valley, CA.

The seller, and Jose, did reveal that there were some issues with the property, (some were obvious). Yet we believe they seriously downplayed the extent and severity of the problems, and neglected to tell us everything they knew.

About a month into escrow, we discovered the problems were far more severe than had been revealed to us, and that certain legal issues would seriously hinder our ability to do anything with the property.

According to a neighbor of the subject property, his agent, his lawyer, and the seller and Jose all had extensive discussions regarding the problems and that they were discussed in detail when the neighbor had previously attempted to purchase the property.

During our escrow, the neighbor’s agent even called the Jose and told him that the neighbor had critical information for us, and to have us contact him.

When confronted, he denied ever receiving the call.

Later, he claimed he got the call, but couldn't remember what was discussed.

Jose’s story changed yet again, and he claimed he did talk with the neighbor’s agent, but he claims she never asked him to give us a message.

I had spent nearly $4K on legal fees regarding this transaction, which was now wasted directly due to this lack of full disclosure.

Jose claimed they didn't have to disclose anything because the property was a trust they inherited. (Which isn't accurate. The seller is required by law to disclose what they DO know, but in a trust situation, they are not EXPECTED to know everything.)

Century 21 corporate forwarded our complaint to Sam Rafeh, Jose’s broker, and then washed their hands of the matter.

Sam never contacted us. We contacted him, and while we had several discussions, ultimately, he has ignored the problem as well.

Even when we saw copies of SIGNED affadavits from the neighbors lawyer and neighbor's agent that stated there were extensive discussions about the problems Jose claimed he didn't know about, Sam STILL refused to acknowledge any wrongdoing.

The ONLY thing Sam Rafeh has done is threaten to sue me for exercising my first amendment rights by giving his company bad reviews and filing complaints online.

This isn’t the first time Century 21 Hilltop of Simi Valley has been in trouble either. Here are a few links about how this same office was sued just a few years ago regarding an alleged fraud issues:

Theblackrerto.com
100
%
This... this rating shouldn't even be possible. Not every mother cares about her own children how this company cares about their customers. Perfect!