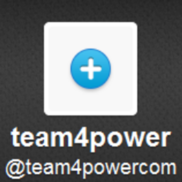 ComplaintsBoard.com is not affiliated, associated, authorized, endorsed by, or in any way officially connected with Team4Power.com Customer Service. Initial Team4Power.com complaints should be directed to their team directly. You can find contact details for Team4Power.com above.

Use this comments board to leave complaints and reviews about Team4Power.com. Discuss the issues you have had with Team4Power.com and work with their customer service team to find a resolution.

I placed an order at team4power.com on february 8, 2020, and have not received any contact regarding...

I visited team4Power.com to find some in-game items for sale

They had what I was looking for, and at a good price, so I placed the order. Immediately after taking my money, they just vaporised into some Chinese holiday, and made themselves impossible to contact about receiving my items. On their website they can change any prices and propose new ones at any time. Please watch out of this internet frauders.

About a week ago, I visited team4Power.com to attempt to find some in-game items for sale...
They had what I was looking for, and at a reasonable price, so I placed the order. Immediately after taking my money, they just disappeared into some Chinese holiday, and made themselves impossible to contact about receiving my goods. I was incensed by this, and filed a dispute of the charge with Pay Pal. Pay Pal managed to reach them, and they responded to me by informing me that it was not enough, and that they would only be able to provide half of what I bought, for the full price. They provide this Email on their site page - t4p.[protected]@gmail.com - but it is not a valid Email address, and any messages sent to it are immediately returned unsent, so my entire correspondence with this company has been through Pay Pal Message Board. This has proven worthless, as they are from China, and feel that there is nothing that can be done to them. Stealing from stupid Americans is probably a thrill for them, I guess.
After a rather LONG, drawn out correspondence with them, they did finally refund my money to my Pay Pal account, but that is despite the point that they advertise one price, and then decide to charge a different price for their goods.
WATCH OUT using this site, their advertised prices are basically just estimates that can be changed at any time!!

I was sold a "stolen" Swift Spectral Tiger. I received the Tiger and within 2 days Blizzard took it away stating the item was stolen and they were returning it to owner.

I was told that I would get a refund and they have not done so, it has been 2 weeks since the item was removed from my inventory. They like to use stall tactics, stating they have a complicated process for refunds. They have to get approval from Supervisor, even though I have been talking to their "Leader" as they like to call him.

Xie John(The "supposed Leader") has done nothing but stall and play games stating refund will take some time.

I would not use Team4Power for anything.


Recently while investigating a player who had been the victim of a scam, or compromise, a character on this account was found receiving item(s) and/or currency that had been obtained through exploitation of another player's account.

At this time, the item(s) and/or money have been removed to reimburse the original owner and maintain balance within the in-game economy. If the original item(s) or gold were no longer present, we have removed an item or skill of equivalent value from the account.

For additional information regarding how these activities impact the game, please visit http://www.worldofwarcraft.com/info/basics/antigold.html

We sincerely apologize for any inconvenience this may have caused.

To my fellow WOW players: I would normally be competing against you in WOW, matching skill and wit in mortal PVP combat. Some of you, like me, may have even considered buying a service you believe will provide a competitive edge to place you on top.

Because we share a common bond, I am sharing with you my unfortunate experience with TPMT Game Service, Inc., also known as Team4power (www.team4power.com).

In March 2010, I purchased from Team4power, “S8 Wrathful Gladiator Golden Package” for $1, 199.00. I was to receive with this purchase, Season 8 full Gladiator’s onset plus a T2 weapon of my choice. After talking with Team4power in chat for an hour, they convinced me that despite their lack of grammar skills, they would provide the promised, and paid for, goods and services. I was deceived.

The first thing Team4power requested was for me to create an account in MSN messenger to communicate with my customer service rep. My customer representative was very disappointing. She provided dates of start time for service and later made excuses when no start time occurred. At one point, she couldn’t remember the start time dates she provided until I sent her a copy of our chat history! It appeared that MSN messenger was used to stall time and mitigate damage control for a broken system. I finally stopped talking to her and went to PayPal for a refund. My dispute in PayPal was carefully documented and explained with full details. The shocker came when PayPal did not refund the money I paid to TPMT Game Services, Inc. because they could not verify if TPMT provided the service! TPMT’s only response in PayPal was, “service for virtual items” and that was enough to tip the dispute in their favor. I submitted additional complaints to PayPal, hoping they would block TMPT from defrauding others, but I seriously doubt if anything will happen.

It appears that Team4power is only interested in making money, without consideration of the consumer. Instead of creating a program capable of meeting demand, TPMT's "service" may literally take months or in my case, receive no service at all. The fact they’re in China seems to make it easier for them to delay or withold products and services.

My fellow WOW players, be warned, and be very careful before you open your pocket book.

Please people, do not ever purchase ANYTHING from this company. I was a fool and got influenced by their ad...

I will keep this short for everyone since I am furious with their services, and have given up as my account...

Team4Power.com
25
%
Not bad, but could've been way better. This company does respond, but not as often as you'd expect them to.