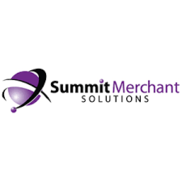 Having problems with Summit Merchant Solutions?

I found out on March 28th that my contract was altered after I signed it. The subject of the alteration wa...

I was recently approached by a con artist who was very smooth and dressed in a expensive business suit by a...

In the month of December I received a phone call from a sales represenative by the name of Shakeya Taylor...

Summit Merchant Solutions is a deceptive and misleading company. They bury financial commitments in their 30...

After being scammed out of high processing fees and under contract with this company for the past five years I had requested to cancel my contract with them as the date to cancel was approaching. They made it almost impossible to do so. They were very unprofessional, rude and almost every call with any support or customer service, you get disconnected after being on hold for 30+ minutes. I wished I had read and researched all the complaints from the customers, sales associates and fly by employees that got rippd off by this company before I signed a contract with them. To anyone looking for a great payment processing company…Intuit GoPayment is sooo easy to use and really affordable. The rates start at around 1.7% per transaction and it’s pay as you go, no contract deal. They provide you with a free card reader. Beware of this company. After reading about this company I have also found that they have about 10 other names.

Here is a copy of the letter sent to them.


We would like to terminate our contract with Summit Merchant Solutions effective immediately. We signed up for your services on February 24, 2011 with E H****n. He called D P***, sales supervisor, many times during our meeting for clarifications and approvals. After filling out the contract in its entirety, we were told there was an error on page 2. Mr. H****n went to his vehicle to get a second contract. He changed the terms of our agreement from no annual fee to an annual fee of $99.95. We were assured by Mr. H****n and Mr. P*** that this was necessary for processing the contract and that we would not be charged the annual fee. I spoke to Mr. P*** myself and asked him several times to verify that we would not be charged an annual fee. We were charged the fee anyway. When we called to ask why, we were told it was in the contract. We were refunded the $99.95 and were told it was to waive the activation fee. We were also told this by Mr. H***** when he put it on Page 6 of the contract. During the course of my phone call with D******, I was asked to fax a copy of the original page 2, which I did. We received a call back later that day. We were told that our contract says we have to pay the annual fee. I asked for D P*** and was told he was busy. I asked for him to return my call and was told that he would. He never did. I called and left him a voice message asking him to please return my phone call. He never did. I called again today and asked to speak to his supervisor and was told that he was in the breakroom.


I was put on hold to be transferred to Merchant support and was disconnected. I called directly and spoke with Dawn who listened to my list of complaints with a very patient ear. I told her about Mr. H***** informing us that Summit would take care of switching over our account. We just received a bill from our previous card processor. That is when we realized it is our responsibility to close the other account. That is not what we were told. D*** offered to refund the charges. I told her we only want to be done with Summit. She apologized and connected me to K******. K****** listened to my whole story AGAIN. He put me on hold so he could read our termination terms. When he came back on the line, I was told that we could terminate our account for a fee of $495 and a letter requesting termination. Please consider this our letter of termination. We will pay the $495 fee to be done with Summit Merchant Solutions. In our opinion this contract was never handled in a professional manner and we should not have to pay to end it. We were given the option to cancel within 30 days in my contract. Unfortunately, none of these things came to light until after the 30 days had passed.

Justin Mitchell came into my business trying to sell Summit Merchant Solutions credit card processing. My reply was "I am not intested thank you" He tried again, again I replied "I am not intested thank you. Then he told me I was unprofessional and If I wanted to be sued for not listening to his information and left muttering under his breath. This is a person who when asked for his I.D. didn't want to show it and when asked for his companies telephone number info refused to give it to us. Yet he thought we would give him access to our bank account. I have been in retail my whole life and I have never seen such a bad and rude salesperson.

a salesman from summit came in our salon and promised to pay early termination fees if we switched to them...

The sales person Paul Simmons was aggresive and very unprofessional. He was on the phone( with a ear plug) getting instructions/sales pitch from his boss while he was talking to me. He did not disclose that he was on the phone until I realised it. When I told him that I was not aware that thier company has a 3 year contract to set-up a processing account, and I do not wish to sign-up because of this 3 year contract he got agitated and started arguing with me. I have been in business for 20 years. I know the difference between a good company and a bad one. It is not just about the sales person I believe this company does not operate with good business ethics. Stay away from them if you can!!

I am in the process of quitting summit for many reasons, but that is not what this is about I am taking what I now know and giving it to all of you. Summit likes small and medium business mainly because these people don't know business they only know the products they sell.

I hold a degree in finance and E-commerce, and i am going back for my MBA. My concentration has always been numbers and analytics, so when go to these companies and I am talking with the owner (on rare occasions) their eyes would glaze over and stare at me. They would say leave your rates.

I would call my supervisor and he would tell me no we can't leave rates, get them to sign and leave application book with them and send me the rest. It has just hit me that we are dealing with these people because they don't know how to analyze numbers quickly and Summit wants people to make big financial decisions in very little time. This is not good for the business owner, summit is preying on ignorance and it is terrible.

A sales rep from this company came and offered a low percentage rate on a credit card machine, a rate...

We were unaware of the compleate contract signed and all its conditions. I have spoken with the rep that sold...

I work for summit merchant solutions and have been for 3 months. Yes they do promise alot of things that are...

Good morning, My name is XXXXX and I was recruited by April and trained by Stephanie Hudson on Wednesday...

Summit Merchant Solutions
13
%
There is some slight activity coming from this company when it comes down to resolving complaints, but so far it's neither timely, nor relevant.