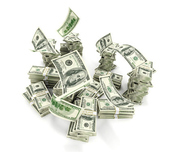 Having problems with SFL Nutrition?

Resolved They won't honor my cancellation

I enrolled in their promotion of a free bottle to try, paying only shipping using my bank card. I called a number that was not working to cancel any future shipment - I haven't even opened the free bottle yet. I saw a pending charge from them for $81.21 and called my bank to get the phone number on the debit charge. I called that number -866.950.2024 and got a man in India. He told me they had a no refund policy, the package had shipped, and they would not refund any money.
That was over 2 weeks ago. I never received the product and the pending charge disappeared. The pending charge re-surfaced this morning. I called the 866 number and it is not working. I cannot dispute a charge until it is actually processed by my bank. I will dispute the charge when it is processed.
I googled SFL Nutrition, got to their website, and read some of the many complaints. They are apparently operating a scam. Some authority needs to shut them down.

For the last three days I have been trying to cancel my order with SFL Nutrition, LLC, so that my charge card would NOT be charged for $89.00, which I did NOT authorize.
When you go to the website--mytrialsupport.com--there is NO Live Chat. Instead you receive an automatic return message telling you to go to another location. Yet when you try that location, a message pops up that says something about "this ______ is not working now, try later" Every phone # I try gives a busy sound or a message that says "the person you're trying to reach is out of the calling area". This company is bogus, and I'm angry. How do I stop them from automatically taking money out of my account.
What can I do to protect my debit/credit card from their use? I am so upset and frustrated. My blood pressure is higher than it has been in a while, and my doctor attributes it to the added stress of trying to reach a company and people who, obviously, do NOT exist.
How can I (or you) find these people? I don't want my credit ruined. Do I have to close my account and open another one?
Please help me.
Sincerely,
Carol Anne Jones
[protected]
1835 W. Elm Terrace
Olathe, KS 66061

SFL Nutrition and Central Coast Nutrceuticals are a huge scam! They have suddenly disappeared! I ordered the acai berry product for $4.95. It immediately made me sick. I called and called the company the day after I received the product to get my money back, but they would never answer. They have never responded to my letters and emails, but they continue to charge my credit card for hundreds of dollars.
I have now reported them to the FBI and to my bank. Please contact the FBI with your story! We need to put these people in prison!

I, like many others (I would later learn) have been scammed by this company. I ordered a free trial of the Acai Berry Detox from this company. The very next day I receive a call from someone in that company asking for certain personal information about me that he needed to confirm. When I would not give out this information the gentleman (if you can call him that) became very irate and told me that he would cancel the free trial. At this point, I was so uncomfortable with this guy that I told him that would be just fine. I thought this was the end of the issue but when I checked my online transactions on my debit card I noticed that this company had charged me for the $5.95 shipping (keep in mind that this was after I was told that the company would not give me a free trial). I immediately contacted my bank and explained the situation and they credited my account back the $5.95. This was still not the end however; approximately 3 weeks later I see a charge on my account for $87.13 - a charge that I did not authorize and for an item that I did not receive nor do I want to receive ever. I have never ever had something like this happen. I again contacted my bank and they are currently disputing the charge with this horrible company. I am writing this complaint because I don't want this to happen to more people but as I was able to see it looks like quite a few had the same situation happen to them. Someone has to stop these scammers from ripping people off.

They promise a free sample, but buried in the fine print they charge your credit card for an exorbitant amount, even tho they also promise you can try it and cancel, but it doesn't show up for two weeks and then you only have 15 days to try it.

Their phone is always busy, impossible to get thru.

They've recently started an online message service but "Crystal" is not there. They'll send you an email that has irrelevant
queries and links to nowhere.

They CONTINUE TO CHARGE YOUR CREDIT CARD FOR THEIR PRODUCT and IT IS IMPOSSIBLE TO GET THEM TO STOP! I finally visited the Better Business Bureau website, which give s the company an F. My credit card company, which hitherto has been great, says they cannot refuse the billings! Even if I close the card, the company can force them to reopen it. Something is very rotten in Denmark.

The man who supposedly runs the company is named Juan Zunetta, but I'm sure that's an invented name.

Beware of TOTAL CLEANSE and warn everyone you know about it. This is something the Feds should be able to shut down as they're scamming people across state lines, but they aren't moving very fast as these people have been in operation for well over a year.

This is a total scam!! I ordered the trial version for $3.95. I called on 12/1/08 to cancel the order and spoke to a Customer Service guy by the name of Mike at [protected]. He assured me that the order had been canceled and said I would get a confirmation email the same day. Well it has been a week now and I am still waiting. I have tried calling every day thereafter and can not get through. No answer and all voicemail boxes are full. I did get to leave a message at one point, but that also was not returned. My order was suppose to have been canceled on 12/1/08 yet my credit card got charged $87.13 on 12/2/08 and I have yet to receive any more product. I just filed a complaint with the BBB and I am calling and making a police report for fraud today so I can take that to my bank and file a fraudulant charge report and hopefully get my money back. I will never order anything from this place again!! Highly unprofessional!!!

Can't get through to cancel future orders

I ordered Colon xR free trial on 15 Nov 2008. They sent me an email on 25 Nov 2008 saying they had just shipped the order. I received the order on 1 Dec and then found out this company is a scam. I have tried dozens of phone numbers to try to cancel receiving any future shipments of the product. All lines either go dead or I am on hold for 20 or more minutes and then get disconnected. The name that was charged on my credit card is T cleanse. I did a search online to see if I could find a phone number and still no luck. I sent an email to [protected]@sflnutrition.com today 3 Dec to cancel any future shipments. I only have 5 more days until the 14 day free trial expires. Has anyone else been charged by T cleanse. The email I received was from ebizprogram.com
Also, when I try to get to the Colon xR free trial, it is now called Colon Clean system. I guess they just keep coming up with new names as people find out this is a fraud.

I ordered this Acai berry product and then decided to cancel when I could not get the phone number to work...

I tried the Acai berry trial that was supposed to be free with the free sample of the Total Cleanse but they...

EVERYONE.. I just got on SFL, Nurition, LLC home page.. and read about the company... the website has a...

SFL Nutrition
55
%
This company definitely cares about its customers and responds to overwhelming majority of complaints.