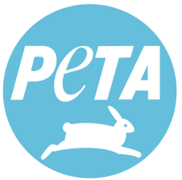 People for the Ethical Treatment of Animals [PETA] / Peta.org

People for the Ethical Treatment of Animals, Inc.

This company is full of lies and propaganda, telling others to go vegan yet they believe it's okay to euthanise perfectly healthy dogs, cats, rabbits; you can name any pet animal they have at their "shelters" and they kill them. They also had criticised and mocked both Steve Irwin's and Karl Lagerfeld's deaths. They also pay other people to prance around naked for their "protests". There is another horrible thing that happened: They let out lobsters at a FRESH water lake, when they're meant for saltwater. Don't they realise that they're going to KILL them!? I also have to say that wearing vegan leather is worse for the environment than real leather because all of it is made out of plastic! If you eat a vegan diet, you won't get enough nutrients without supplements. There is some proof that peta does kill most of their animals in their shelters: https://www.petakillsanimals.com/

People for the Ethical Treatment of Animals [PETA] / Peta.org
0
%
Doing nothing would be this company's favorite pastime, if they had the energy for it.