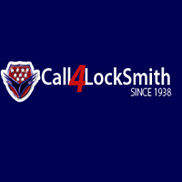 Having problems with Mega Locksmith Inc.?

ComplaintsBoard.com is not affiliated, associated, authorized, endorsed by, or in any way officially connected with Mega Locksmith Inc..

The only thing that was missing was the knife to my back when the locksmith took my money. At 9 pm on a Saturday night, a locksmith named Carmon from the company Call4Locksmith in the Las Vegas site told me that he will have to drill my locks because he can’t unlock the two bolts. As Carmon was doing this, he is throwing prices at me for the two locks, the drilling, and the service. The numbers went up and down as Carmon is telling me that he is giving me a discount, while I am sitting on my front stairs, distraught over my lost keys. As a professional, he should have presented the prices to me in writing so that the price couldn’t magically be changed.
After he got into my home, Carmon told me that the price of everything was $650.00.
That’s right, $650.00 for the service, the drilling, and the “cheaper locks” which replaced my other locks. He told me that if I pay him in cash instead of credit card, he would give me a $50.00 “discount.” When I told him that I don’t carry $600.00 on me, he told me that he will follow me to my bank and I could get the money from there.
At this point, I was convincing myself not to call the cops since it’s not a typical police issue and the cops have more important crimes to handle. Instead, I called back Call4Locksmith to talk to the call service. After explaining the situation to them while Carmon stood by and listened to my phone call, they told me to call back on Monday during office hours. Carmon didn’t understand what the problem was since he told me the price. I told him that he was confusing the prices on purpose and that there is no way a bottom and top lock on one door using cheap locks could be over $600.00.
Since Carmon knows where I live and how to get into my home, I begrudgingly had Carmon follow me to my bank while I withdrew $600.00. After I gave him the money, he drops $20 dollars by the seat of his truck and then tells me I’m short $20. I pointed out the “missing” bill and proceeded to tell him that I will be contacting his boss. Carmon began to beg me not to call his boss and that he was afraid of getting fired. Carmon then told me that he has two children, and a wife with a blood disorder that he has to take care of. These back and forth arguments the two of us had between my home and in front of the bank took over an hour.
I was so upset, that I called the call service at 3:00am Sunday morning and then again on Sunday afternoon. The call service employees where not very knowledgeable or nice.
It took a while to get the name of the manager and owner of the company, as if it were a big secret.
On Monday, I got a call back from the company who took my complaint and had the manager (or owner) call me back. After I explained the whole two hour ordeal of Saturday night, the manager apologized profusely and acknowledged that Carmon should have written down the prices before he did the drilling, and that he shouldn’t have talked about his personal issues. Although the manager was very sensitive to my negative experience with Call4Locksmith, he only offered me a $150.00 refund. He said that since he was not there, he doesn’t know what work needed to be done and Carmon has worked with him for 10 years without any pervious issues. This showed me that although the manager was on my side verbally, when it came to a proper refund, the customer was still the looser.
Just recently, I found out from one of Carmon’s acquaintances that this disgusting human piece of crap named Carmon does not have two children or a wife with a blood disorder. Call4Locksmith has liars, cheaters and criminals on their pay roll. If you have had a similar experience with this company, write a review and get it out to as many sites as you can.

Mega Locksmith Inc.
Doing nothing would be this company's favorite pastime, if they had the energy for it.