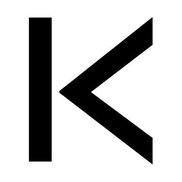 Having problems with Koovs?

Koovs reviews first appeared on Complaints Board on Mar 23, 2011. The latest review Do not buy from Koovs was posted on May 17, 2017. The latest complaint Non arrival of goods ordered was resolved on May 11, 2011. Koovs has an average consumer rating of 2 stars from 8 reviews. Koovs has resolved 2 complaints.

ComplaintsBoard.com is not affiliated, associated, authorized, endorsed by, or in any way officially connected with Koovs Customer Service. Initial Koovs complaints should be directed to their team directly. You can find contact details for Koovs above.

Use this comments board to leave complaints and reviews about Koovs. Discuss the issues you have had with Koovs and work with their customer service team to find a resolution.

Koovs.com — Do not buy from Koovs

Bought a lovely top from www.koovs.com and about two weeks after I made my order I was contacted by someone...

Koovs.com — Not responding at all

hi i ordered a chinos.later on receiving the product i requested a size change for which a reverse pickup...

Please do not book through www.koovs.com See below for details Koovs Purchase order number is 253552. Order...

I had ordered a Samsung Galaxy S2 online from the site koovs.com, of which I received the delivery on the 27th of Aug 2011.

On the same day, I launched a complaint with koovs.com and they promised that I would get a refund of the octroi amount. However, its been more than 2 months since I have complained and the only answer I have been getting is that the merchant will contact me and give me a refund. Their call centre is horrible. It just keeps ringing all the time and no one answers the call. You have to try at least 25 times before your call can even get through. And when your call gets through, there is a lady at the other end who is clueless about everything. They should stop calling it customer care. Customer harassment is an apt word instead.

I have not received any definite answers from koovs despite me checking with them on when I can get my refund. I had also written a mail on the support id mentioned on their site, but to date no response has been received.

Finally they have blocked the complaint from their end. When I try to view the complaint, I get an error saying "You are not authorized to view this."

Please take action against this FRAUDULENT site which lures customers in the name of discounts, but ends up CHEATING them.

I had ordered a Samsung Galaxy S2 online from the site koovs.com, of which I received the delivery on the...

Dear sir,
i have been fooled by koovs.com, as they say in their website that for each referral and purchases made by us, we will get 100 per referral, and i did 6 referrals for them, who in-turn even did purchases in 29th march, 2011.
after that when i didn't got the coupons, i called and emailed the company and they told due to technical problems they were not able to do so, but soon would do it.
But till date, even after repeated calls and emails, they are not replying nor providing with the coupons.
Its more then 1 and half month and still the company didn't have shame to revert back.
kindly look into the matter, as i kept the details of the people whom i referred and they joined, because there might be many who does not keep details and becomes fooled by the company.

Never order from KOOVS since they use the DTDC Service and you're never going to get your goods delivered! They're the 2 worst Indian companies combined, with the complete wrong attitude towards their own services.

I ordered an item from KOOVS and NEVER RECEIVED it even though KOOVS charges delivery fees while most other online shops don't.

I have been calling/mailing around since last 2 days and still am not getting anywhere. Support only replies with 'Sorry for the inconvenience' but no details of what is happening.

I get shipments faster from USA than a shipment from within India!

I just lost my money and I advice everyone NOT TO ORDER FROM KOOVS nor to make a shipment with DTDC.

Search around on the Internet. I'm not the only one it seems!

The complaint has been investigated and
resolved to the customer's satisfaction
Resolved Koovs.com — Non Refund of amount

Koovs
25
%
Not bad, but could've been way better. This company does respond, but not as often as you'd expect them to.