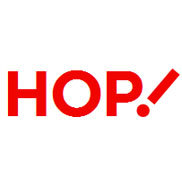 Airline not turn up at airport

I booked a holiday to Corsica with Airlinair from Bezier in South West France to Bastia in Corsica on the 28th June and returning on the 5th July 2008. The airline turned up one hour late from Bezier but we got off the ground and made it to Bastia an hour late.

On the return, the flight was scheduled to take off at 1.30 p.m. but there was no sign of the plane and no information was given to any of the customers waiting at the Departure lounge for 3 hours. Eventually CMM the Corsica airlines got a plane for us which flew us to Marseilles and from Marseilles we had to take a bus to Bezier which took 3 hours by bus. I was very very ill and as a consequence had to be admitted in hospital. The delay was over 4 hours long and Airlinair have not responded to my numerous letters and emails and I am seeking reimbursement and compensation.

I would be very grateful if you could kindly help me with this problem and thank you in anticipation.

Hop.com
0
%
Doing nothing would be this company's favorite pastime, if they had the energy for it.