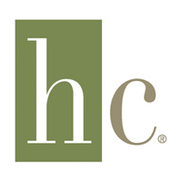 Having problems with HomeClick?

Hello.
We ordered from Homeclick a lot and in the past they used to be a nice company but they changed a lot. We bought a TV stand from them and when it arrived we found many small scratches on the back and on the inside. We contacted Homeclick customer service as soon as we found these damages and they promised to send someone to check. No one ever arrived and Homeclick gave us only empty promises.
Then we decided to return the stand for a refund and to be honest we were shocked when they said that was impossible. No matter what we tried they said "no". What happened to Homeclick?
We are now thinking about contacting BBB, because there is no other way to resolve this matter. Do not buy from this store, there are better places!

My experience with Homeclick was not good and I'm very disappointed with their site and service. I have purchased a lamp and did not receive my order. According to their first notification message I was supposed to get my lamp in early January and it is now March and still no sign of it. I contacted them many times and every time they promised that I'll be receiving my lamp any time soon. These people are very unprofessional and all they can do is giving me empty promises. I hope I'll get my lamp soon, but that will not change anything and I will not be buying from them again!

I bought a sink from this store www.homeclick.com only because of their prices and they also promised fast shipping. Unfortunately, things were not so good as they promised. Delivery took over a month and when my order finally arrived and I opened the box I was shocked to see that it was not my order! I contacted Homeclick and explained that I received the sink but it was incorrect. They said that I can keep it and that they'll refund the price difference. I refused because shape and size of it did not match my bathroom. I wanted to return it and get a replacement but they said that was impossible and against their policies. I don't understand! The whole thing was their mistake and they were supposed to fix it. I would never recommend this terrible company!

I'm kicking myself! I generally do a decent job of online research before purchasing from companies online. I recently remodeled my bathroom. While comparison shopping for high dollar toilets, I stumbled upon HomeClick.com. They had the best prices for the particular TOTO toilet I was interested in purchasing. Only after placing the order did I find several online complaints regarding this company. I ordered the toilet at noon on 07/26/2012. Two hours later, I called to cancel the order that same day (07/26/2012). When I called, I was sent to an automatic voicemail which stated I should leave a message and someone would contact me regarding my cancellation within 24 hours. I left a message and proceeded to call again, this time punching numbers until I reached an actual person. I don't know the person's name, but when I told him I needed to cancel the order, he stated the same thing the automated voicemail had claimed, "Someone would contact me within 24 hours regarding my cancellation." No one ever contacted me. Instead, when I opened my email the next morning (less than 24 hours later), I received a notice that my order had shipped. My toilet arrived in two packages on 07/31/2012. The tank and lid cover arrived in perfect condition, nicely packaged and fully intact. The bowl arrived at my house in a box with a large, taped hole on the side, minimal protective foam inside, and a smashed toilet bowl. I had to wonder if it was intentional--due to my desire to cancel my order. The cost of the order was $346.63. I returned the tank and lid cover and received a refund of $151.97, which means I was "screwed" out of $194.66 just for the pleasure of shopping with HomeClick and getting nothing in return (except a valuable lesson). I have ordered from other companies online. If you're looking for more reputable companies, go with DecorPlanet.com or National Builder Supply. Both gave me excellent customer service--even when I needed to return a couple items and their packaging was top-notch! If you're interested in seeing the box the HomeClick toilet bowl arrived in, I took a video and am happy to share it.

I ended up losing $230 and received nothing

Complete sham - you need to spend hours reading all the fine print, and even when you do and review with their customer service reps to make sure you follow all guidelines, they still find a way to slam you with unbelievable stocking fees (65%). Basically I ended up losing $230 and received nothing when I bought a washing machine and tried to return it. Even though a customer service rep told me I was "fine" and they would pick it back up for no charge, they took it back and hit me with a restocking fee they said they wouldn't charge. Unbelievable. Avoid at ALL costs.

HOMECLICK.COM UPGRADED TO BUY!! BUY!! BUY!! - I recently ordered a bathroom mirror from Homeclick.com. They were so much cheaper then other online sites. I had my doubts about this company because of all the complaints it had against them. I called the company and asked about the complaints. I was told that this is a NEW company that bought the Honeclick company name in the spring of 2009. The new company has NOTHING to do with the OLD company and the complaints were lodged against the old company. They also assured me that I should not worry and place my order online. I crossed my fingers and placed the order. The order was delivered on time and in PERFECT condition PLUS I saved a lot of $$$. I can honestly say if you find an item at Homeclick .com that you like and is cheaper then other websites give them a try! My rating of Homeclick.com is BUY!! BUY!! BUY!! JG NY

Like so many others – I wish I had read the comments about slow or nonexistent delivery BEFORE I...

Placed an order for a dinner set on Jan 20, 2009. The shipment was schedule "on or before" Feb 3, 2009. Today it is Feb 12th and no word from them. I called them earlier and they said it would ship the next day. Lie. I call them couple of days later and they said it will ship in 2-3 days. Lie again. The price is low but if you expect the product at the given date then avoid this company.

I was a little nervous ordering from them based on some of the reviews I read, but went ahead and took a chance because of the price. I ordered a Porcher Stanza vanity on Nov. 29. The original estimate was three weeks, but the written estimate was Jan. 5. It actually arrived on 12-17. It's strange that the ratings for this company are so extremely variable. As for me, I am quite satisfied.

This company is TERRIBLE. I have never had worse customer service in my life. I bought my wife a place setting of Sterling Silver Francis I for her birthday. As it turns out, there are 2 different kinds of dinner place settings, the difference being the size of the fork. I purchased the silver one month before her Birthday, since I wanted to make sure it was here for her to open. When we discovered that the size of the fork was different, I called homeclick to get exchange the fork and/or entire place setting, which was still in its original packaging, and was told that since 30 days had elapsed since my purchase a return or exchange would not be possible. I GOT PUNISHED FOR BEING THOUGHTFUL AND NOT SHOPPING LAST MINUTE!!! Needless to say I had a problem here. After numerous emails and 2 months of arguing with a HORRIBLE customer service agent named Dianna Corbett, I was "ALLOWED" to return the items less a restocking fee - for items that they already keep in stock! I will NEVER shop here again and you shouldn't either. Do yourself a favor - pay more money and shop locally.

It was dented, circuit was broken, another part was broken, had parts missing. I e-mailed them immediately..2-3 days is deadline. They e-mailed me back said be 2-3 days they’d send parts. E-mailed them again asked about parts after 4 months.

They put me on hold, will not talk to me.

Wish I'd have read BBB complaints before buying from them.

They have many complaints on them.

Basically Homeclick.com sells damaged freight they get cheap from factories.

Sell these products as new...Don't honour any warranty. They’ve published...

Stay far away from Homeclick.com.

They have a SCAM business and will bite a consumer.

HomeClick
17
%
Not bad, but could've been way better. This company does respond, but not as often as you'd expect them to.