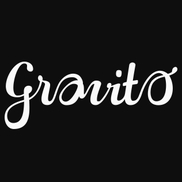 Having problems with Gravito Retreat Center?

ComplaintsBoard.com is not affiliated, associated, authorized, endorsed by, or in any way officially connected with Gravito Retreat Center.

The Data Commissioner (ICO) in London condemned Miguel Humblet and Shobha Brennan for their data protection practices. The matter came to light when in response to witnesses being called to give evidence in Court, private data was circulated around to discourage witnesses from giving evidence, under threats of having their bank accounts closed.

Miguel Humblet and Shobha Brennan were heavily involved with those found engaging in the behaviour and tried to portray a Data Subject was a mentally deranged and sick liar.

The Data Subject was told to get a change of pants ready, or expect violence.

It was done with the moral support of Miguel and Shobha.

The Data Commissioner made findings that Gravito Retreat Centre had not complied with their obligations under GDPR.

They were ordered to become compliant and remained defiant. Gravito Retreat Centre took the line that GDPR and Data Protection does not apply to them, a matter that raised concerns with the Data Commissioner investigating wilful defiance of GDPR.

Data was indeed circulated around, in breach of privacy, designed to try and intimidate witnesses to Court cases to be quiet, or else.

In response to demands to access the data under provisions of the GDPR, friends of Gravito were nasty, with their blessing, and told a witness to Court to get a change of ;pants ready, implying violence might be used to stifle the complaints.

Gravito Retreat Center
Doing nothing would be this company's favorite pastime, if they had the energy for it.