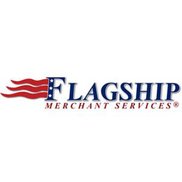 Having problems with Flagship Merchant Services?

On 2-12-15 I signed a contract with Flagship Merchant Services for the card processing fees. Shortly after that the contract was cancelled by my nephew, Jake Danieri. However, we continued to be charged a service fee each month for a service we were not receiving. I have written to this company twice regarding this issue, with no response. The reason we didn't notice the charge right away was because all of our bills go directly the accountant.

They refused to put through our credit card charges even after threatening to hold our money for 180 days. Sara Lopez with I-Payments even threatened to put us out of business. Our account rep., Michael Sarnese, would not do a thing - no returned phone calls or emails. Two weeks after I closed my account, Flagshhp debited our company account for over $400. I tried to file fraud affidavits with my bank, but they set up the charges so I only had 24 hours to do so. I didn't spot them in time. I had to close my account to keep them from taking out any more money. That's the way this scam works: Sign up, they make you cancel, then they rob your bank account.

I had a merchant account from these thieves and they stole more that $10, 000 dollars from me in hid!

Flagship Merchant Services. Fraud Theft I had a merchant account from these thieves and they stole more that...

Flagship Merchants Services is a horrible company to do business with. The representatives are not friendly at all. They are anxious to have you sign on with them, but act irritated when there's a mistakes on their end & are very slow to help correct the issue. Over $100 in extra fees were taken out of my account & they refused to accept their mistakes & continued to tell me that the fees weren't coming out when they were. I finally ended up cancelling my account with them. They were so rude about the whole thing.

The monthly ACH from my checking account has been roughly $30.00 a month for the MTOT (Monthly Total Charges). I got hit with a surprise $99.00 "annual compliance fee" and they withdrew $146.02 - a HUGE hit for my skeletal checking account. I can't even pay my rent now.
Earlier when speaking with the company (Flagship Merchant Services/Authorize.net/etc. - there's a few companies involved...very confusing.) I was informed that there was no way they could let me know in advance, even through an e-mail warning how much money was going to be deducted from my checking account.
Not okay with me. I"ve cancelled and moved over to Propay. Check them out.

do NOT sign up with Flagship Merchant Services, or you'll be sorry.

On Sept 5. I started running payment with them. On Oct 5 they told me that I went over my Limit which I did not and that they are closing my account. Nobody in there office really knows whats going on. They have the worst customer Service in America. To top it all off they are now saying that they are going to hold my money for 6 months. This is Bull***t. Warning...Do not use these guys ever... I Sueing the company now.

This company did very bad to me, big time scam...They sign me up very quick and as soon that I start using...

These guys have been a real headache. First it took them 2 months (and $60 in additional charges which I STILL haven't been reimbursed for, but keep being promised I will) before they finally gave me the machine I needed. Then the other day they somehow "switched off" my merchant account so I couldn't get my charges approved. In this mess one of my transactions went missing and in the process of trying to figure out how to correct this I somehow wound up talking to Adam in technical service, the biggest ### I've ever had the displeasure of speaking to. He cut me off numerous times. raising his voice and sighing loudly when I was trying to explain to him what we had already figured out in the conversations I had previously had with the other tech support people. He was arrogant, easily irritated and had an anger problem. I tried to call back to inform the supervisor and was told I had to call different numbers and finally I reached a lead supervisor, explained to him the problem and then was told that he wasn't the correct supervisor for this, though he did apologize(and I appreciated that) he also could only offer to write a note in my file. Even though adam really got under my skin, I have to say, I love my sweet sales rep Billie. She's very patient and understanding. Personally I think this company's main disfunction is communication. I feel like I'm dating a boyfriend that likes to take his anger out on me and then apologize with flowers later. If he doesn't shape up I'll be dumping his ### pretty soon.

This company got me to sign up quoting certain fees and that there would be plenty of technical support available. After taking more money than they said they would out of my account, they refused to provide technical support with integrating their card taking interface into my company's web site. Their online documentation was apocryphal, bordering on a flat out lie, was completely out of date and providing absolutely no help whatsoever.

I challenged the set up charge with my bank and told them I would not continue to do business with them. That was back in July/August of 2008.

I recently opened up a new credit card processing account with a more reputable organization. In the process of taking an American Express charge, I was approved, but the money never made it into my account. American Express decided (after sending me a welcome pack with a merchant number) that they didn't want to do business with my company. I lost the merchandise ($225 worth) and found out it was because my company had been placed on the Terminated Merchant List or something like that. Flagship had abused this list just to take revenge on me! This is CRIMINAL! If anyone decides to put together a class action suit against these clowns, I'm in!

Signed up for Merchant Services on February 4, 2009. I have a small internet business and wanted to be able...

Flagship Merchant Services
73
%
Fast & efficient, this company is head above their competitors when it comes down to taking care of their customers! Keep up the great work!