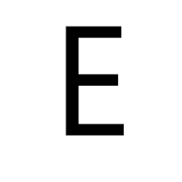 Having problems with Express Information Systems?

Seems like I am another victim to the scam of Express Information Systems. My complaint is similar to most of...

Express information systems is a RIPOFF!!! they dont let me cancel. and they keep on refusing in a bad...

Unsolicitated telemarketing calls DAILY from this company. I can never answer the call before it stops ringing, and the number is logged as a missed call [protected]). Attempts to call the number for the purpose of having the calls stopped result in an automated answer recording stating the company name. You are then asked to please hold and a representative will be with you shortly. A "representative" NEVER comes on the line. Whatever happened to REAL privacy??

This company first called me (I have no idea how they got my phone number) and offered me cheap magazine...

Will not let me cancel

This company was so quick to talk me into getting me magazine subscriptions at a cheaper price than normal. However, they did not begin shipping me the magazines until 3 months later. After I asked them if I could cancel, they said that I would have had to mail in the cancelation notice and they would have had to receive it two days after I spoke with them on the phone. By postal rules, that is physically impossible to do so because mail takes longer to receive and send. On top of that, I never even received a cancelation notice by mail. I continuously called them but they refused to let me cancel. These people are thieves and should be stopped immediately.

Express Information Systems
0
%
Doing nothing would be this company's favorite pastime, if they had the energy for it.