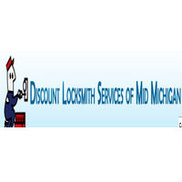 Having problems with Discount Locksmith Services Of Mid-Michigan?

I called this guy for a locksmith service I had just bout a new home n Shelby and I waned him to drill 2 holes for a deadbolt lock one in the front door and another in the side door. So he told me he will charge me $55.00 trip fee and $45.00 for each door. He also tried to sell me 2 deadbolt locks for $35.00 each and charge me $30.00 to match the keys to the doorknobs on both doors. But I told him that I can get the deadbolts form home depot for a lot less so he is like ok then I will just drill the standard holes.

So he shows up on time at my house and drilled 2 holes. After he left I went to home depot and got a set of 2 doorknobs and 2 deadbolts for ONLY $24.99. I came home and tried to install them and I found out that this guy (Ronald) did not drill the correct size holes! He drilled smaller holes so I called him and told him he told me that he did drill standard commercial deadbolt holes. I told him but you did not drill them in a commercial building door you drilled them in a house door why will you drill commercial holes in a residential door???

So again he try to sell me some deadbolts but I refused to buy from him. And I wend to home depot to exchange the set of deadbolts with one that will fit the hole that he drilled when I got there the guy at the home depot told me the that no hardware store sells this size of deadbolts only locksmith companies sell them because they are made for commercial building doors. And home depot sells many brands and they are all one size, which is the North American standard size for all doors.

So I called this RONALD dude again and told him that this is what home depot told me. His answer was:
I don't understand why you don't want to buy them from me. You know home depot sell cheep stuff but my deadbolts are allot better. You have a nice big house and you don't what to spend some money on deadbolts.

So I told him just because I have a big house that don't mean I will spend money that I don't need to spend. He replays so why didn't you have the deadbolts at your home when I did the job why did you buy them after? I told him I did not have to because I know that they are standard stuff NOT custom. And I told you before you drilled the holes that I am going to buy them from home depot and this is your job and this is what you do for living so you must know that what home depot sell. And you must know what is the standard size hole for a house door is.

So he told me OK I will come back and make the holes bigger. And he gives me an appointment and never show up. I called him and he gives me another appointment. Also didn't show up 5 appointments this RONALD guy schedules for me and did not show up. So all I did was called a deferent company and had them do the job for me and played for it again

So this RONALD guy he did that on purpose he drilled smaller holes just to force me to buy deadbolts from him. He figured this guy got BIG MONEY he can afford to spend $100.00 but what he don't know that guys that have BIG MONEY are not stupid.

Discount Locksmith Services Of Mid-Michigan
0
%
Doing nothing would be this company's favorite pastime, if they had the energy for it.