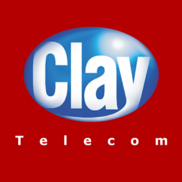 Having problems with Clay Telecom?

ComplaintsBoard.com is not affiliated, associated, authorized, endorsed by, or in any way officially connected with Clay Telecom Customer Service. Initial Clay Telecom complaints should be directed to their team directly. You can find contact details for Clay Telecom above.

Use this comments board to leave complaints and reviews about Clay Telecom. Discuss the issues you have had with Clay Telecom and work with their customer service team to find a resolution.

I visited US in Jan 16 first week and I had requested for SIM for a week.
I have been charged nearly 1k for their services.
Order no.345310 Mobile #[protected]

Once I reached US the SIM they gave never worked.
I had been complaining all the way in my journey through mails, but clay did not resolve the issue.
They used to ask the number on my SIM and when I replied, they used to say that is not the SIM number.
So I had been given some fraudulent SIM?
Finally they generated bill of 7361.35 by the end of the month.
I have been fighting with them to resolve this and pay me back the amount I had paid initially.
Instead of refunding they have taken 7361.35 from credit card.
I had been talking to Sandip khosla.
I sent several communication mails but nothing worked.

THINK TWICE and BE CAUTIOUS while taking Clay Sim for foreign travel. During my recent visit to China, I got their prepaid data sim with 5 GB of 4G data and followed by unlimited 2G data for which I paid 2999 Rs (extra for validity of 8 days). But on lending there, first I found that sim was not connecting to any network, but after many tries, it connected to only one network China Mobile and that also 2G data. Speed was so slow that practically useless. I immediately wrote email to cutomercare for help on given email address, they replied after a day asking with some instructions which I already followed but again tried but same result. I contacted the person who sold the SIM to me but of no help. Ultimately, I had to buy local sim at 250 RMB. SO BE CAUTIOUS WHILE BUYING CLAY SIMS FOR FOREIGN TRAVEL AS THEY HAVE ZERO SERVICE BACK UP AND NO RESPONSIBILITY.

I took a SIM card to travel to Mauritius, my major purpose was to get the data connectivity working. That never worked, although few folks from Clay called me they didn't manage to get it working. That was very disappointing as I needed data to be working for my business.
After I am back, I have been charged 3800 INR and no invoice has been produced for the same. This is making customers very happy and it's not correct to deduct from the credit card.

I am receiving Life threatening / Kidnapping warning calls from some person named Sunil from Mobile Number [protected] representing himself as recovery agent of Clay Telecom to my mobile phone & office land line phones.
He had been calling & threatening me of the dire consequences and also using filthy language over the phone.
He want to extort money from me on pretax of wrong billing (Your invoice no. CTA-DL01516000143) which was earlier disputed by me.
I had already lodged a formal complaint with the Police station as he misbehaved with the ladies staff in the office also.

I request you to please stop harassing me or threatening me or else I will be forced to escalate the matter to highest authorities and take the legal recourse as available under the law.

Clay Telecom — SIM not worked but received a bill to pay

Hi All,
I have requested to clay for a western sim card on one week before my travel. I have been planned to reach belgium on 16 march 2015, and the executine(Prabhu) promised me that it will get get activated on 16th march.
But when i reach there the sim card was not working and i have informed clay support and Prabhu. But i did not receive any solution, they din't even reply.
More over i struggled at airport since the sim card was not working and it cost much for me. I gave this number to my client but they couldn't contact me, even i was not able to.

I was promised by clay that the sim will be activated once i reach belgium but it was not. Then i took another local sim here, and i have asked Prabhu to cancel the sim. But i did not get any response from Prabhu.

Now the bill says i should pay in 15 days else need to pay the interest or so. Please let me know what should i do here.

I have all the communication mails with me.

I took a clay Sim card for my travel to US. The sales person Manjunath Maskikar of Bangalore sold me a...

The Clay Telecom - Falcon Services/Clay Telecom (https://www.clay.co.in), invoice generated date 26th, The did not send any invoice, did not informed, they took invoice amount from HDFC credit card without my knowledge Against RBI mandate Rules. I want to know illegal or legal this transaction. Transaction happened when invoice generated. But they did not send invoice to customer

The complaint has been investigated and
resolved to the customer's satisfaction
Resolved Clay Telecom — Excess Charge, Mis Use of Credit Card, Cheating

1. I was looking for international SIM cards for my travel to Singapore and Malaysia.
2. I was offered the services by Clay Telecom and was required to keep security deposit of Rs. 5000 for each SIM card. For credit card they said, they would only block the amount and not charge.
3. I negotiated for Rs. 5000 in total for both SIM cards and offered my credit card and accepted the SIM cards and travelled abroad on 8th March 2013. I used the SIM cards very sparingly.
4. However, to my surprise, instead of BLOCKING they ACTUALLY charged amount Rs. 5000 EACH for two SIM cards. Total Rs. 10, 000/-
5. After landing back in India on March 18, 2013, I returned the SIM cards and took up the issue of Credit Card misuse. I was talking with their executive Ms. Isha Verma who assured me that this is a one off instance and would immediately get back to reverse the excess charge. And since I have returned both the SIM cards the bill would soon be generated and settled all claims immediately.
6. The bill generated is only for Singapore SIM card and not for the Malaysia one.
7. Meanwhile, the credit card bill is generated and I am supposed to pay the amount within 15 days, April, 17, 2013. Even if, Clay Telecom reverses the amount, the same would reflect in only next month’s credit card statement.
8. I would like to register official complaint against Clay Telecom of cheating, malpractice and misuse of credit card and delay of refund.

Clay Telecom — Wrong Use of Credit Card and No Refund

25/26-Jan-2013: Clay Telecom issued me with a SIM Card (Phone Number: [protected]) for use in the US (handset was not given). They had taken an authorization for Rs.5, 000 to be blocked on my Credit Card, as a deposit.
30-Jan-2013: Reported to Clay that the SIM was not working.
31-Jan-2013: After a couple of days of analysis Clay got back stating that the handset that we were using does not support the SIM card given by them. Hence the SIM card was not used at all.
18-Feb-2013: Clay Telecom did a reblocking of the security deposit, as the period for the initial blocking expired.
11-Mar-2013: I got a mail saying that they have charged my credit card for Rs.5, 000, as there was a technical error. I sent them an e-mail stating that I wanted a cheque from them as refund and have been following up till now (27-Mar-2013), but there has been no response.
Regards, Murali, +[protected]

I have visited Germany in April for that I have taken two post paid SIMs from Clay Telecom by keeping Rs. 5000/- advance cheque & 5000/- by blocking Cr. card, after returning on 21st April 2010 I sent the SIMs to clay for billing (as per their instruction) they sent me Bills for Rs. 3616 accordingly I instructed them to take payment from my advance cheque & return balance amount by cheque, also unblock my cr card. But till date I have not received the balance cheque however they have written me to send the cheque within four working day on 30th June 2010.

Clay Telecom
20
%
Not bad, but could've been way better. This company does respond, but not as often as you'd expect them to.