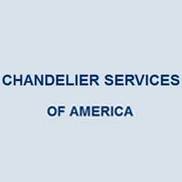 Having problems with Chandelier Services of America?

Matin is highly disrespectful, rude and defensive when approached to replace damaged crystals he sent me to...

Do not contract with Matin of Chandelier Services of America. He is rude and defensive when he in the wrong. He actually told me "I am a muslim and I am fasting and I don't need you on my shoulders" because I informed him that he did not complete his part of the contract to replace the missing crystal pieces of my chandelier. I paid him $1220 CASH for his services and after I found that he did not replace all the pieces, he came back out to see what I was talking about and agreed to send me 3 large pieces and other smaller ones to replace the ones he missed on installation day. He strategically placed the crystals so that it would be hard to notice any missing and even alternated large and small pieces on the top tier of the chandelier on installation day. When I opened the box today, not only were they all the same size, but some were of low quality and 3 of them were chipped. I called him to tell him to replace the chipped ones and he proceeded to get annoyed. I will be taking him to small claims court as he is dishonest (telling me that replacing missing crystals were not part of the original job-REALLY??? then why were some of them replaced?) and will not cooperate to resend me UN damaged pieces. I did not pay $1220 CASH for this type of service and to now have to go and buy new pieces myself. DO NOT USE THIS COMPANIES SERVICES! I AM APPALLED AT THE LEVEL OF DISRESPECT AND UNPROFESSIONALISM THE OWNER HAD DISPLAYED.

Chandelier Services of America
0
%
Doing nothing would be this company's favorite pastime, if they had the energy for it.