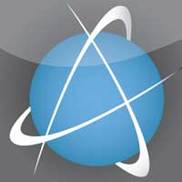 Having problems with Certified Payment Processing?

I was going to order scope and a scope railing for air riffle but while i was making the paymet my card was'nt accepted as my card is not international so i search other alternatives and found that there was an option for BHIM payment so i choose it but for my surprise after doing all the payment process my money was deducted from my account but my order wasn't placed why it is so?

Today prior to 11am, I received 15 phone calls from Certified Payment Processing. I have previously told them...

I was recently recruited by CPP after sending my resume in through careerbuilder.com. I was hired the same day the recruiter contacted me, was scheduled for the webinar the next day, and was expected to start work the next day after training. After attending the 8 hour long conference call/webinar training, I was told to call my team leader immediately. I called him, only to be rushed off the phone and told he would call back shortly. I waited over an hour and decided to call him back, only to be rushed once again and this time, I was told we would speak in the morning for 15-20 minutes before my first "pre-set" appointment with a merchant. You have to understand, the information given in the webinar is massive and I believe in order to be successful in sales, you truly need to understand the products and how to sell them. The webinar was also rushed through, even though it seemed like it took forever, and I honestly felt extremely unprepared to meet with merchants the following day without any study time. I call the recruiter and expressed my concerns and told him I did not think this job was a good fit for me. I also said the same thing to my TL and he tried to smooth-talk me and suggest that we do some minor training that day over the phone, while he is in Fort Worth, TX and I'm in Jacksonville, FL. The point is, I told these individuals I would not be working for the company and they have continued to call me every day, several times a day since. The TL keeps leaving voicemails wanting to know why I won't give him a moment of my time. Hello...maybe because I don't work for your company and don't owe you any further explanation than what I already provided. Another thing that concerned me and prevented me from starting my first day with CPP was that I was told by Barry Beau (senior recruiting agent for CPP) that along with my presentation manual, I would be receiving an employment packet through Fed Ex. I received the Fed Ex, but it contained no W4, no employment packet of any kind, and certainly nothing regarding direct deposit. I was told that direct deposit was how I would be paid because they are in Texas and have sales consultants across the country and I can only assume they did not want to risk a check getting lost in the mail. My concern about the lack of an employment packet was how would I be paid? I was expected to go on 3 appointments my first day with apparently no way for this company to compensate me. Hmm...it seems like they didn't realize I was smart enough to catch on. Anyway, can anyone please tell me how to report this company for their continuous harassing phone calls? I could easily block their number; however I don't think companies that harass people that technically never even worked for them is in any way ethical, and I would hope it's illegal. And to anyone considering working for this company, read this reports here and on /link removed/ They have some pretty candid stories from people that backed out just in time like I did, and you'll be amazed at the amount other previous employees they still continue to call and beg to come work for them and give them a chance. It's not just negative people writing these reports...this company is running what is known as a PYRAMID SCAM. Look it up and you'll see CPP and pyramid scams are side by side.

Certified Payment Processing
0
%
Doing nothing would be this company's favorite pastime, if they had the energy for it.