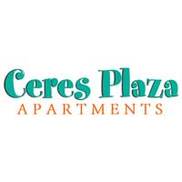 Having problems with Ceres Plaza Apartments?

I rented an apartment at Ceres Plaza Apartments at 1459 E. Lassen in Chico CA in good faith and paid $645 for both rent and security deposit. When I moved in the apartment was filthy. There was a thick layer of tacky/sticky black and orange soot/film on everything. It took me a week to clean most of it off. Once the surface was clean I found burn stains and clumps of black and orange gunk throughout the kitchen and around the stove. Within a few days of inhabiting the apartment I became aware of a noxious odor that pervaded the areas outside my apartment area. The smell began to permeate my apartment as well and I became deathly ill. I reported the problem to the manager but it continued to get worse. I reported it to the police and public health department but they told me it takes time to investigate. In the meantime, I was forced to move out because my health continued to be adversely effected. I asked for my money back since the apartment was uninhabitable, but I was told that they couldn't do that. They broke the lease since the apartment was uninhabitable. A good faith and good will gesture would require they return all monies I spent since I honored my lease agreements in good faith and they did not.

Ceres Plaza Apartments
100
%
This... this rating shouldn't even be possible. Not every mother cares about her own children how this company cares about their customers. Perfect!