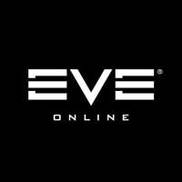 Having problems with CCP?

ComplaintsBoard.com is not affiliated, associated, authorized, endorsed by, or in any way officially connected with CCP Customer Service. Initial CCP complaints should be directed to their team directly. You can find contact details for CCP above.

Use this comments board to leave complaints and reviews about CCP. Discuss the issues you have had with CCP and work with their customer service team to find a resolution.

CCP — Inappropriately banned from account with over $4k invested

I was banned for supposedly threatening another player in game. I did no such thing, other than to talk back against players threatening me in game. No copies of emails, messages or explanation as to why I was banned. Just an immediate ban. I was informed this was because I was a person of color.

The complaint has been investigated and
resolved to the customer's satisfaction
Resolved CCP , Eve online — Taking money and not refunding

are not refunding money for service which they just stop when ever they like,
i paid then 20 USD to tranfer one of my toons to other account which i paid out of my own money so therefore CCP just went and stop my service saying to me that i do not own this accout which i do
so they have taken my 20USd and will not give it back and even taken 13USD of me for time on the account which i paid again for, so in all they have taken 33USD and they are doing this to many other people,
taking money and not giving it back,

CCP
50
%
This company is on the right track to keep up with incoming complaints, but there's still plenty of work to do.