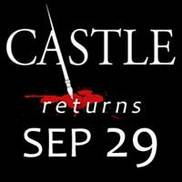 Having problems with Castle?

ComplaintsBoard.com is not affiliated, associated, authorized, endorsed by, or in any way officially connected with Castle Customer Service. Initial Castle complaints should be directed to their team directly. You can find contact details for Castle above.

Use this comments board to leave complaints and reviews about Castle. Discuss the issues you have had with Castle and work with their customer service team to find a resolution.

Had a salesperson come over to give an estimate for window replacement. 45 minutes late but that's ok. What I didn't find ok was the hour and a half sales pitch on why Castle was so much better than anyone else, not to mention half his personal life story. Nice enough guy but definitely had the pushy used car pitch and broke out all the testimonials and stats. When I finally got him to give me some numbers, he gave me a price much higher than most anyone else for a similar product. When I said he was way too high, he told me what a fair price it was and then dropped $1000 and gave me the "company price" at which he complained that he wasn't making any money but would do it just because he was a local guy and wanted the company to retain my business. He was still way higher than other estimates and I couldn't find any justification to pay him more than a couple others. I finally had to ask him to leave since I was out of time and had someone else coming in for another estimate. Took his time packing up and he probably would have stayed longer if I let him.

I am not buying from Castle. I didn't appreciate all the time he took up before finally pricing out the job, must have asked him 3 times, only to find out how high he was on the pricing. He really kept putting that off. I also found out some his facts where a little skewed. Bottom line, I feel he took up a lot of my time and really was not price competitive at all.

Castle
100
%
This... this rating shouldn't even be possible. Not every mother cares about her own children how this company cares about their customers. Perfect!