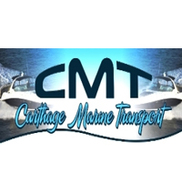 Having problems with Carthage Marine Transport?

ComplaintsBoard.com is not affiliated, associated, authorized, endorsed by, or in any way officially connected with Carthage Marine Transport.

The owner of this company also owns a website called stop illegal trucking and posts inncorrect information about competitors of the Yacht transport company. It is obvious that the owner Brooks Gubser, does not like the fact that smaller companies are able to transport boats for less money than he can, so he posts info claming that his competitors are commiting fraud. In addition to making false comments about competitors companies mr. brooks never mentions that his own insurance has been cancelled 12 times.

Carthage Marine Transport
100
%
This... this rating shouldn't even be possible. Not every mother cares about her own children how this company cares about their customers. Perfect!