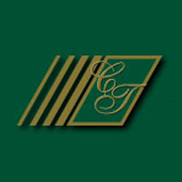 The response by Carolina Trace Gated properties, (CTGP), to my complaint with the BBB, Just illustrates the arrogant and pompous attitude of this company. They believe they can do anything they want and when someone calls them on it they simply deny everything. Apparently everyone else in the world is lying and only they are capable of telling the truth.

Since I filed my complaint, CTGP has engaged in a campaign of retaliation against me. One way they are doing this, Is by advising their clients not to return my earnest money, thereby forcing me to engage in litigation which is going to be very costly not only for me, but also for their clients. Again this shows their total disregard for anyones benefit, even their own clients, All that matters to them is that they show me I should not have exercised my right to complain. After-all who am I to challenge them.

My advise to others considering doing business with these people is to “Stay as far away from this company as you possibly can”.

Carolina Trace Gated Propertie
100
%
This... this rating shouldn't even be possible. Not every mother cares about her own children how this company cares about their customers. Perfect!