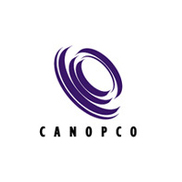 ComplaintsBoard.com is not affiliated, associated, authorized, endorsed by, or in any way officially connected with Canopco Customer Service. Initial Canopco complaints should be directed to their team directly. You can find contact details for Canopco above.

Use this comments board to leave complaints and reviews about Canopco. Discuss the issues you have had with Canopco and work with their customer service team to find a resolution.

My home phone/cable/internet is provided by Shaw, thursday morning woke up to my cable being cut off, i pay my bills every month so didnt understand why i was cut off. After waiting almost an hr to talk to shaw i was told i had $297, 36 of long distant charges that was sent rfom Conopco. 3 collect calls from Mexico on Oct 26th, i work nights so i was not home to say yes plus do not no anyone in or on holiday in Mexico.After looking into this company in not the only person this has happened to mostly Telus user but still the same scam story. On canopoc site it states all billing will come up collect charges even if u pay by credit card. I WILL NOT BE PAYING THIS BILL AND WILL BE FIGHTING THIS.Going to shaw first then will be going to the News people need to no what is going on. I didnt agree to these collect calls, i didnt agree to this canopco company billing my shaw home phone, and i sure didnt not agree to give this canopco company any of my personal info.I have heard Telus is finally looking into this company and can only hope Shaw is not to far behind. 12 yrs this company says its been around why are we only hearing about them now, they say lowest rates then explain to me how 45min cost 300$ i can fly to Mexico for that. I WILL NOT WALK AWAY FROM THIS TILL I HAVE MY SHAW BILL SAYING -300.$ and people know whats going on.

We called them to say a collect call we were charged for $17+ for 6 minutes was not collect and we did not accept charges. They insist we did. We would not because this guy keeps calling us for money and we are getting tired of the calls. Now it appears he has found a way to get the calls charged to us VIA CanopCo. Unsure what to do about this as Telus says they can only stop our long distance incoming and outgoing. We only want to stop collect calls coming in. Anyone with solution??

I rec'd my bell telephone bill in aug 2009 with charges for long distance which were made when i was away on vacation. This happened 4 times when i was away and then again in september when i was moving and my phone line was suppose to have been disconnected and wasn't correctly by the company. These are fraudulent collect calls that i did not make and will be making a complaint to the police as i have tried calling these numbers on numerous occasions to only get cut off or sorry don't know what your talking about you have to pay. Bell has taken off my bill but now i receive a bill in the mail for the $165 to pay to this company canopco and they have a [protected] number which when you call it is some emergency number for something else. The persons who answered told me to look up their number in the phone book. very weird...beware.

Canopco
100
%
This... this rating shouldn't even be possible. Not every mother cares about her own children how this company cares about their customers. Perfect!