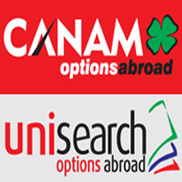 Having problems with Canam Group?

ComplaintsBoard.com is not affiliated, associated, authorized, endorsed by, or in any way officially connected with Canam Group Customer Service. Initial Canam Group complaints should be directed to their team directly. You can find contact details for Canam Group above.

Use this comments board to leave complaints and reviews about Canam Group. Discuss the issues you have had with Canam Group and work with their customer service team to find a resolution.

Its Diwali and every year this time reminds me of this fraud company Canam (www.canamgroup.com). During this festive season of 2009, I had applied for the Skilled – Independent (Migrant) Visa (Subclass 175) through Canam’s office in Andheri, Mumbai. An acquaintance had told me about the Australian immigration and Canam . I decided to take the plunge and made the mistake of not finding out more about the immigration process, and especially so about this company Canam.

When I first visited the office, I met with one consultant, Vasundhara, specializing in Australian and Candian immigration. She explained the process to me and I must say she made a good impression on me with all that “touchwood” talk and I felt they were quite genuine. The next time I visited them with my father and when we asked her some questions, she called in Arvind Falor(their Director) to talk to us saying he was an authority in immigration and has many certifications to this credit. This gay, Arvind is the biggest fraud I have seen. He puts on an act like he is really not interested in getting us to sign up, like he is some government official doing public service. He quickly asked for some of my details and told us that in just about 9-12 months I would be getting the PR visa. He also told us that they had their contacts in Australia who would help me once I am there with accommodation and job search. He also gave us some advice about not changing jobs while waiting for the application approval and being ready to fly in an year’s time. I and my father, being so gullible, fell for the show he had put up. We didn’t realize that this guy Arvind and Vasundhara are just sales people who are experts at understanding their client’s psychology and have perfected the art of earning people’s trust by lying and whatever else it takes to get us to buy their services. They lied to me that they have a MARA Registered agent through whom they file their applications. I thing I must tell you if you are interested in applying for Australia, then do so directly through MARA agents(difficult to find in India, since only Australian citizens can become MARA Registered agents, but still you can get them) and not with agents like Canam who just claim they do it through them and provide a business reason for doing so to earn your trust. You can check for genuine MARA agents on the government website. Once these Canam guys get their payments they are least concerned with the work they got to do. You have to pay half the fees before they begin their process and the remaining half before the actual application is sent in. Once you have paid them half the fees they know for sure that you have fallen for their trap and that the other half will surely come. After you have paid in full, then you get to see their real colours. All that professionalism is gone and now you got to run after them for everything else. You won’t be updated about the progress of your application, not even if the application has been filed on your behalf. During subsequent visits to their office for knowing about my application status, I was usually made to sit at least an hour before I could meet any of them because they would be busy with convincing the new prospects to sign up for their services. Its during such visits I realised that its all a setup, all well planned, each one playing their role to perfection. But by then it was too late.

So what went wrong? Well, after half the fees were paid, then they said it would take 11/2 - 2 years for the visa( Arvind had earlier told us 9-12months max). They applied for my PR saying that we could submit the IELTS score later. The applications are filed from their Chandigarh office. They told me that its important to send in the applications at the earliest(actually they are just concerned about getting that second half of the payment) because it would take up to 9-12 months for the case officer to be assigned to the application during which I could write and submit the IELST score. Then after 7-8 months I got an email from one Satnam Kaur(from Canam Australian Immigration Department) stating that the IELTS score must be submitted within 45 days time failing which the application would be rejected. I told Vasundhara that they had never contacted me earlier and that a months time would not be enough for IELTS preparation, but said these were notices from their Chandigarh offices who would have been informed by DIAC. She even suggested that I join their IELTS course and that their Instructor would especially help me to prepare for the test in a months’ time. I joined their course hoping that the instructor would take some interest with my IELTS study. But the instructor was not even aware of my situation and didn’t take any special interest in my case. Not his fault though, he told me he course usually goes for 3 months. Canam got me in to this situation and made me pay for the course(more earning for them) . But I did manag e to get the score they had asked and Vasundhara said its all good and taken care of now. The two years, Canam sends me the letter from DIAC stating that the application was rejected because the IELTS score had to be submitted at the time of application. It was clearly a mistake on the part of Canam, but they said they had other applications similar to mine which got approved, so its just my bad luck . Yeah sure, was my bad luck that I applied through them. Actually, the rules had changed after June 1, 2009 which had made it mandatory to submit the IELTS score at the time of application. So, before June 2009, one could submit the IELTS score after the application was made but before the case officer was assigned. My application was filed on Oct 2009, so its not DIAC’s fault. I lost the DIAC application fees and the fees paid to Canam. Canam would have been aware of these rule changes, but they were just concerned about getting their fees from me. If they had they told me earlier, then I wouldn’t return to them till I had the score and I may not succeed in getting that score. So, they wanted to make sure they got their money from me and left my application for fate to decide.

I wrote all these in such details so that others who approach Canam for immigration purpose would know what they are getting into. I still read some people praising Canam for their services in different posts. I believe these are these Canam guys posting or someone who was destined to reach the country he hoped for, which he did and still believes that Canam had any part in it. I am sure there are many others for whom they applied after June 2009 without IELTS score and who got rejection for the same reason. In fact, in the IELTS course itself there were three others with whom they had done the same.
We probably cannot get them on the legal front, but its not right that such businesses operate. These are just like those others business outfits duping people by promising them jobs abroad. The difference, businesses like Canam operate legally and can’t be taken to court for such offences. They get you to sign all the papers which free them from every liability. They are playing with peoples careers, but for them its just all about money. For them their job/business is just to get you to part with your hard earned money by playing on your aspirations.

Canam Group
100
%
This... this rating shouldn't even be possible. Not every mother cares about her own children how this company cares about their customers. Perfect!