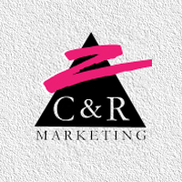 Having problems with C & R Marketing?

I have received numerous phone calls stating I owe money for a magazine subscription I have with them, but they cannot show me proof. I do not get any magazines with them. When I ask why I haven't received anything they say they don't know. They then make the threat that they will be sending me to collections if I don't pay the money of $49.95. I asked to cancel and they say that will cost $300. The number they give me to call doesn't work and everytime they call they give me different information. They say they are a part of Reader's Services company. It is a scam!!!

C & R Marketing
100
%
This... this rating shouldn't even be possible. Not every mother cares about her own children how this company cares about their customers. Perfect!