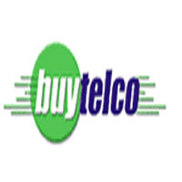 have not rec'd amazon gift card!

I ordered my Comcast service via Amazon to qualify for the gift certificate in July, 07. Sent in all the paperwork to get my promised Amazon gift card. It's been 6 months and nothing. The email was returned saying they get too many emails to reply. The phone number on their website is bogus.

I took advantage of the $150 Amazon Gift Card promotion that BuyTelco was offering and placed an order for Internet service through them back in Feb. It's Nov. and, after reading several complaints about BuyTelco, I'm not surprised that I haven't received the gift card.

I've called & emailed BuyTelco numerous times, to no avail. I've even called my internet provider, who advised there wasn't anything they could do because it wasn't their promotion, BuyTelco is the third-party, blah-blah-blah.

Ok, so, I found that I wasn't the only person frustrated with BuyTelco and their lack of customer service! I read one of the complaints that mentioned he emailed Jason Gallow at [protected]@acceller.com and received his gift card within 24hrs via email. I'VE EMAILED THE MYSTERIOUS MR. GALLOW 3 TIMES AND HAVE RECEIVED NOTHING! I'm a very rational person, but patient I am not!

I followed the guidelines and sent BuyTelco the necessary information before the deadline. All I want is my friggin' $150 Amazon Gift Card! Why does it have to be so difficult? So Frustrating!

Patience is not MY vertue -
Seattle, WA

I signed up for Comcast in early February through comcastoffer.com because they were offering a $150 Amazon...

On july 8, 2006 I responded to a e-mail promotion off from buytelco offering broadband service. This offer...

BuyTelco
0
%
Doing nothing would be this company's favorite pastime, if they had the energy for it.