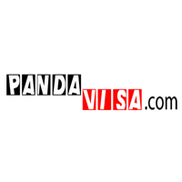 The complaint has been investigated and
resolved to the customer's satisfaction
Resolved Business English Solutions Internaitonal LLC — say f*ck to their customer, hang up calls, insult customer, threatens to sue customer if referring them online

Business English Solutions International LLC PandaVisa.com and their president provided Horrible service, said f*ck to their customer, hung up calls, insulted customer, threatens to sue customer if talking about bad experience or any reference with their business, lied to the customer, tried to frighten customer.
My husband and I met president of Business English Solutions International LLC and PandaVisa.com on July 8, 2011. We agreed to pay him to pick up and mail back my passport. As we agreed I paid him $102 in money order including 1) $55 to Chinese Embassy for a passport, 2) $15 for his service fee, 3) $32 for Fedex standard overnight delivery envelope. Due to the importance of passport, he agreed to use signature required delivery and inform me the tracking number, which he also told me earlier when he tried to convince me to use his service, which other agents do when mailing passport by Fedex, which my husband and I also called him later and confirmed with him in our agreement.
But he did not do what he promised us to do. 1) My passport pickup date is July 25. But he did not go to pick up passport on that day. I called him. He said the embassy said it was not ready. But I checked my status on the Embassy website and I also called the Embassy, I was informed it was ready at that time. 2) he did not use $32 I paid him for overnight delivery but only used $15 three days express saver envelope delivery, Based on our agreement I was supposed to receive my passport on July 26 but received it on July 28. I called him. He told me Fedex raised rate and he has to used 2nd day delivery. However I called Fedex, he used the three day delivery and the defex rate for overnight standard delivery is still $32. 3) he gave us the wrong Fedex tracking number. When I asked him to give me the right tracking number, he delayed. I almost got the right tracking number when I found my passport was drooped at my front door. 4) He did not use signature delivery he had promised. And he did not even want to pay $2 more for signature delivery from the $32 I paid him.
I tried several times to call his office number during the office hour but he did not answer my phone. Then on Aug. 6 2011 my husband used another phone number to call him just to complain about his dishonest, unprofessional service. He yelled at my husband, said F*ck to him and hung off the phone while my husband was not using any bad word and in a good manner. Then I called his office phone just to finish our complaint. He also yelled at me and hung off the phone again. So I called him again. He continued yelling at me, did not allow me to talk, tried to frighten me and warned me he was recording my talking. I said fine. All I want him to know is we are disappointed about his dishonest, unprofessional service and we are more disappointed about the rude way he handles our complaints. Later he sent email to us saying our several 4 calls (including he hung off the phone the first 2 times and said F*ck to us) were harassed him. He said I should complain to Fedex not him and he even insulted us by writing we should "indicate you require a signature delivery as most of normal human beings are cable of". He also threatens us in his email "if we find any reference to this matter online in any Chinese forums or otherwise, we will be filling a libel suit against you". He lied to us, denied and failed to do the service he had promised us to do. He insulted us, tried to frighten us and mistreated us. He does not have any good faith to resolve problems for his customers or explain anything.Very horrible service and horrible business. Be aware of that.

Business English Solutions International, LLC
100
%
This... this rating shouldn't even be possible. Not every mother cares about her own children how this company cares about their customers. Perfect!