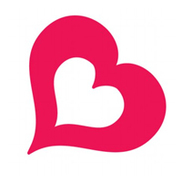 This incident happened on 3/30/2019 at
4520 Mitchellville Rd, Bowie, MD 20716.
I'm extremely dissatisfied because of my experience with the associate and shift manager Christian B. I was harassed, insulted, and stressed out just because I wanted to exchange an item. I bought a shower post and got home to realize that some parts were missing. I went back to the store for even exchange but couldn't get the same thing. When I got home the handyman that I hired told me that the one I got is too complicated to Install, that I need to get another one (the straight post instead of curved), I was so much in a hurry, tired of having to go back and forth. I got to the store without the receipt and told the person that rang me previously that i wanted to exchange the product, without checking the return item she insisted that the item is missing (I was shocked because I came with whatever i left with), i was asked to speak to the manager, she came with nasty attitude saying the same thing that it's missing a part and she will not be attending to me until I have my receipt. I lost the product in the store, quickly went home to get my receipt. I got to the store with the receipt and was handed to the loss and prevention guy that the camera should be reviewed, I stood there with them looking at the camera. The man pointed out that I left the store with two posts inside the post. I was irate because I didn't know that was what they were referring to as missing part. Mind you; I mentioned that I left the item in the store, went home to pick the receipt. I told the manager to bring me the return item, I opened it right in front of the manager and the security man and pulled out the post to find out that it was two posts as I was trying to pull the post one post slip out of another and fell on the ground. The next thing I heard from the so-called shift manager Christian.B was I would not be accepting this return, and I asked him "for what reason, " she replied, " you just beat the post on the floor, so you will not be getting your money back." I told it was all a joke, but it wasn't. I didn't know what to do, didn't want to start drama.
I left the Item with the manager, went back and purchased another one; I had to pay again. I left the paid return item in the store, and as I was exiting the store, she screamed: "ma'am if you don't take your paid item I will be tossing them in the trash." Very unprofessional. The handyman charged me more. I had to cancel my appointment, waited my time, very stressful, etc. I have lived in Bowie for over 30 years and never had such a terrible experience before. It was miserable that my first time going to that store I had to experience such a thing. This is unacceptable anywhere and needs to be dealt with.
She need to go for management training or never schedule her s a shift manager. i was told by other customer to go after burlignton for harassment, discrimination, and for the fact that she refused to give back my money. i will not be doing that because all i'm seeking for is a corrective action. WORST EXPERIENCE EVER HAD. Very terrible shift manager.

I reported her to Jay the store manager on 04-01-19, he apologized for the inconvenience. He did not mention that I should return to the store at my convenient time so that they can give me back my money, instead he wants to find out what she did with the item.

Dear Burlington, I am a ex employee from Burlington in Clifton. I want to let you know that it's a stressful...

Hello I have been a burlingtion customer for over 20 years and in those years I have seen the mens big and tall section has decreased immensely!!! I have seen it go from a large selection to only maybe 3 racks!!! I feel as a bigger person and that bigger people are being discriminated against in the store. The selection for "other"size people has been in touchedand has actually become even bigger and much more of a selection. Bigger people need selection bigger people like to be stylish... Is it a punishment??!! It sure feels that way!!

I went to the revere store tonight needing to return items I had purchased online in December. I was told...

I have been calling for three years in order to have name removed from your mailing list The person has not...

I was a former employee of Burlington Coat Factory and worked there for almost a year then I had a family...

I am complaining about the Managers at Burlington in Worcester. It's a lot of favoritism and employees are...

not getting a call back for a job

I would be embarrassed to be a resident of Harlem if its BCF store is representative of its essence and pride. The shopping floors of the store are nasty and unsightly cluttered. Additionally, at time of check-out I and many others had to wait in an extremity long line before we are able to check-out. This is because only three registers, among nine or ten, have people working them. Shopping at Harlem's BCF store is a very bad customer experience!!!

The temperature at the Burlington Coat Factory on Antioch Road, in Kansas City, Missouri, has been unbearable the last few months. We have been experiencing unseasonably warm temperatures in our area and as such other establishments continue to use air conditioning. I have brought this to the attention of staff and management and have been told that the climate control is not controlled by them, but by "headquarters out of state." The last few times we've visited your store we left quickly without purchases because of the unbearable heat. It makes no sense to have the climate controlled out of state, unless they monitor the temperature in every city, which I am sure they do not. If you care about your customers and their comfort, please reconsider this ridiculous practice.

I ordered a lot of invitations for my baby shower with Burlington listed as one of the stores for my registry. The app is HORRIBLE!!! I tried with multiple phones to download the app but the scanner on the app doesn't work and NON of your stores are able to accommodate your customers with a scanner in store. I went to 3 stores during the weekend which wasted so much time!!! This is ridiculous!! I will be a first time mom I don't know what to order online. I want to physically select my items in store. I would of never selected Burlington if I would of known the headache that came with it. Target provided an enjoyable experience I was able to share with my mom and sister. This makes me not even want to shop at Burlington anymore because obviously providing good customer service is not a priority.

First and very foremost the Greece Burlington location is very disorganized I was told it was because of the new inventory but I been there quite a fews I mean how long does it take to remodel a store it's been like this for like 2 months. The problem wasn't on the floor the sales associates were very corporative while I was shopping it was actually the front end I was waiting for a very long time the lines are not very neat you don't even know who's next at the registers. My cashier's name was Hilda she was very rude she was talking to me like I was slow I had a question about one of the chairs that was for sale and I get what she was saying with no red tags but it was just blankly rude and very unprofessional and I didn't appreciate her snatching and slamming the items into the bags. I just think if you're going to be a cashier you have the right kind of attitude.

how workers are treated

There's a new manager name Darren. Who talks to his employees in a bad way. I heard him curse at this young...

Last night I was going to purchase an area rug for $150. It was quite large and not likely to fit in my...

To Whom It May Concern: I was going about my day when I came across a post from a good friend of mine who...

The Hamilton Place Mall location in Chattanooga TN 37421 states the after fully purchasing a layaway cash...

Burlington Coat Factory Direct Corporation
1
%
Doing nothing would be this company's favorite pastime, if they had the energy for it.