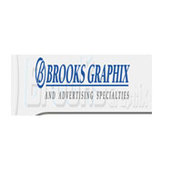 Having problems with Brooks Graphix?

Lacrosse jackets were purchased through our lacrosse organization. It took over two months to get the jackets. Within a few short weeks the lettering across the back started to wear off. We were told that the parents must deal with Brooks Graphics, the company who did the printing on the jackets. I took my son's jacket in before the deadline given to be repaired. I was told by the owner of the company that it would be 1-2 weeks for repair and return. As of today May 7, 2008 it has been over 7 weeks and the lacrosse season is now almost over. I have called no less than 10 times within these last 7 weeks and as of last Friday I was advised that they had not begun to repair my son's jacket. Stay clear of Brooks Graphix in New Kingston PA!!!

Brooks Graphix
0
%
Doing nothing would be this company's favorite pastime, if they had the energy for it.